‘Alien-infested’ ranch on the market for $5 million 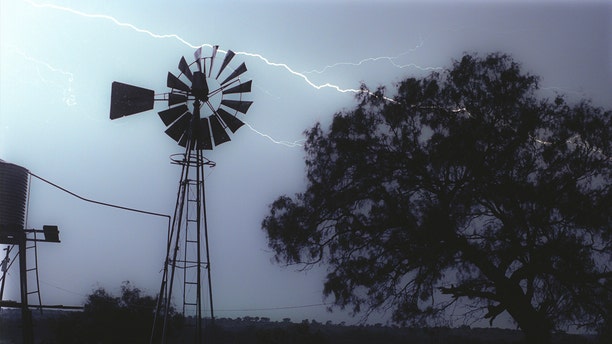 For a cool $5 million, Stardust Ranch (and its reported alien activity) can be yours. (iStock )

An Arizona man has put his ranch up for sale — because he says he’s been harassed for years by aliens who even tried to abduct his wife, reports said.

John Edmonds, owner of the Stardust Ranch in Rainbow Valley, about an hour west of Phoenix, is a popular figure in the alien believers community and has publicized his purported encounters with extraterrestrials on Facebook, claiming it’s the reason he wants to sell his ranch, 12News TV reported.

“They actually levitated [my wife] out of the bed in the master chamber and carried her into the parking lot and tried to draw her up into the craft,” he said, according to the outlet. “This is why I want to move!”

He said that in the past 20 years, he has experienced many “strange events” involving aliens and claims to have killed more than a dozen extraterrestrials on his sprawling ranch.

25 WEIRD AND WACKY JACK-O'-LANTERNS TO CARVE FOR HALLOWEEN

A photo posted to his Facebook in March shows a bloodied samurai sword in a pool of what looks like dried blood from an alien he says he killed March 13.

In another photo, he shows a picture of a wound on his calf and wrote that it came from an alien. “Wounds from recent attack here at Stardust Ranch upper right calf from battle with malevolent ET,” he wrote.

The property has been featured on “Ghost Adventures” on the Travel Channel and has garnered international attention. He recommends anyone interested in the $5 million property be “very well-grounded.

“It’s not something for a traditional family, but it holds a lot of secrets and what I believe are future opportunities to understand forces that are in the universe.

“Please be very well-grounded because the energy here has the tendency to manifest with whatever is going on with you,” he said.