At least eight people in Germany who died of encephalitis likely contracted a rare virus from shrews, a small mole-like animal, that led to the fatal brain-swelling condition often caused by a viral infection.

Researchers looked at brain tissue from 56 people who developed encephalitis between 1999 and 2019. Samples revealed that at least eight people who died of encephalitis were infected with Borna disease virus 1 (BoDV-1),  Scientific American reported, citing a study recently published in The Lancet Infectious Diseases.

Borna disease (BD), spread by the bicolored white-toothed shrew, is a fatal neurological disease that typically affects horses and sheep and is named after the city in eastern Germany where it first killed hundreds of horses in the 19th century. The findings published in the medical journal “confirm that the virus can infect humans and cause deadly encephalitis,” Scientific American reported.

All eight of those who were infected with BD lived in rural areas and spent a lot of time outdoors. Many of the affected people had been around cats, which are known shrew catchers, as well. Researchers suspect the patients were exposed to the pathogen when the cats presented the dead shrews to their owners. They may have also inhaled dust that contained dried shrew urine (horses and sheep typically are infected after the small mammal urinates in hay.) However, exactly how the virus was transmitted to the patients is not yet known. 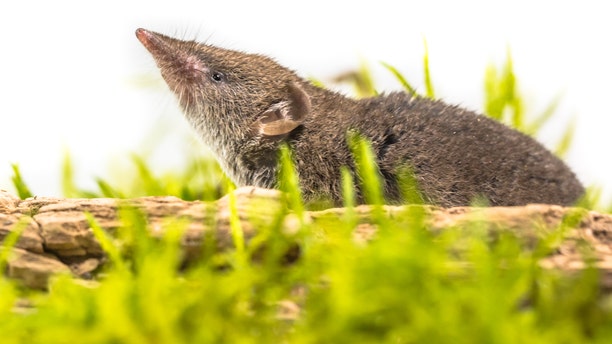 As of now, there is no known treatment for the rare virus, which “triggers the host’s immune system to attack brain tissue,” as per Scientific American, and typically causes headache, fever and confusion, which is later followed by “deep coma" and death. That said, certain antiviral treatments are being considered.

The findings “provide additional material for a better understanding of the disease,” Martin Beer, head of the Institute of Diagnostic Virology at the Friedrich Loeffler Institute in Germany and co-senior author of the study, told the publication. He noted that the risk of infection in humans is “pretty low.”

Moving forward, the researchers urged medical professionals to test for BD in patients with an “unclear cause” of encephalitis.

“BoDV-1 infection has to be considered as a potentially lethal zoonosis in endemic regions with reported spillover infections in horses and sheep. BoDV-1 infection can result in fatal encephalitis in immunocompromised and apparently healthy people. Consequently, all severe encephalitis cases of unclear cause should be tested for bornaviruses especially in endemic regions,” they wrote.