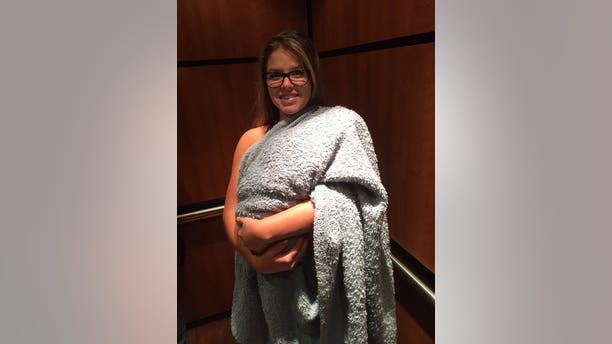 A young woman in California snuck in her grandmother’s dog, pretending it was a baby, to surprise her relative at the hospital.

Shelby Hennick’s grandmother, Dona was hospitalized after a bad reaction to a medicine she was taking. Hennick told Buzzfeed her mom suggested bringing Pasty in to see her owner. “I just happened to be passing my grandma’s house when she called so of course I was gonna do it,” said Hennick.

Hennick said the hospital was used to seeing her so she just “walked by and waved at them” before entering Dona’s room. “Pasty was quiet the whole time and actually kept licking my arm,” added Hennick.

While some people responded negatively, arguing why dogs aren’t allowed or telling Hennick it was wrong, many others responded that it was a thoughtful gesture and even shared pictures of them doing the same thing for their relatives.