Dallas, Tulsa make PETA's list of 'most vegan-friendly' cities for the first time

Looks like it’s getting easier to be a vegan in the heartland.

Dallas has made its debut on PETA’s "Most Vegan-Friendly Cities" list, earning the No. 7 spot on the animal rights organization's 2019 top 10 list.

This isn’t the first city from the Lone Star State – which produces the most beef cattle in the U.S. – that has made it to one of PETA's yearly lists, as Austin has repeatedly been featured. But it is the first time major urban hub Dallas has landed a spot.

The city, which is known for its steakhouses, is reportedly home to a burgeoning vegan scene. 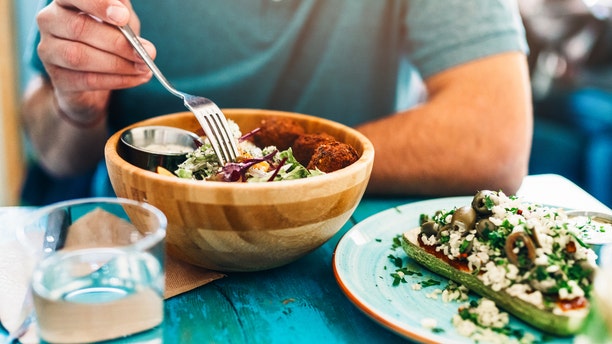 PETA featured three new cities on its annual list of most vegan-friendly places in the country. (iStock)

“From tacos and tamales to a Tofurky Italian Sausage Stack, Big D boasts one of the biggest vegan dining scenes around,” says PETA Executive Vice President Tracy Reiman. “The number of American vegans grew by 600 percent in just three years, and the cities on PETA’s list are meeting the skyrocketing demand for animal-friendly fare.”

Dallas was not the only city to make its debut on the 2019 list. Orlando, Fla., and Tulsa, Okla., were both first-timers as well, earning the No. 6 and No. 10 spot, respectively. It was also the first time any city in Oklahoma has made it on the list.

Unsurprisingly, West Coast cities like San Francisco, Los Angeles and Portland, Ore., topped the list (in first, second and fourth, respectively), while Detroit was featured for the second year in a row (at No. 5). New York City also earned its No. 3 spot with restaurants like Modern Love Brooklyn, which serves up vegan chicken and waffles, and Rips Malt Shop, which offers coconut cream and cashew ice cream.

PETA also confirmed that its "Lettuce Lad and Lady" helped San Francisco celebrate taking the top spot, via a ride on the city's cable cars.