If you’ve ever seen an Arby’s and thought it would make a great high-end steak restaurant sponsored by a former NFL player, then you’re in luck – and maybe a little prophetic – because that’s exactly what they’re doing.

On Nov. 7, the home of the meats is transforming into Hall of Fame running back LaDainian Tomlinson’s Arby’s Steakhouse, a luxury steakhouse complete with linen tablecloths and napkins, and tea light votives for ambiance, according to a statement. And since a steakhouse wouldn’t be complete without steak, the chain will be serving up petite filet steak to its guests.

The cheeky one-night-only restaurant is a play on what Tomlinson describes as a “tradition” among football players. 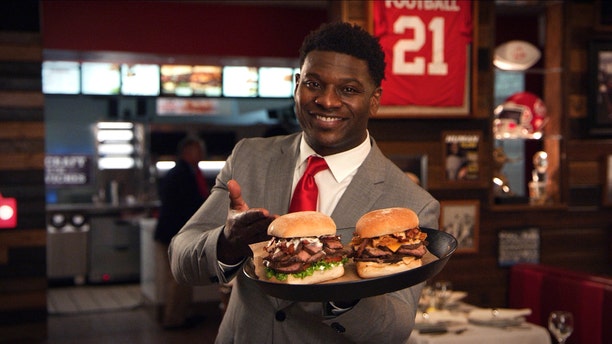 The cheeky one-night-only restaurant is a play on what Tomlinson describes as a “tradition” among football players. (Arby's)

The restaurant will be open at one New York City location from 11:30 a.m. Nov. 7 until close.

However, for those unable to make it to the 8th Avenue Arby’s, never fear, for the fast-food chain is launching its new line of steak sandwiches nationwide.

Arby's is releasing a Garlic Butter Steak Sandwich and the Steak & Bacon Melt. Both sandwiches will feature thick-cut petite filet steak seasoned with black pepper and slow-cooked to medium, stacked on a ciabatta roll. 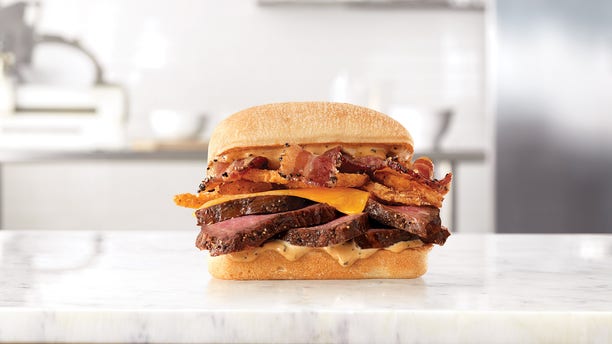 The brand is releasing a Garlic Butter Steak Sandwich and the Steak &amp; Bacon Melt. (Arby's)

“The petite filet is the best steak we’ve developed in terms of taste and texture, delivering in eye appeal and guest expectation of what steak is,” Arby’s Executive Chef Neville Craw said, noting the creations come after 14 years of development. 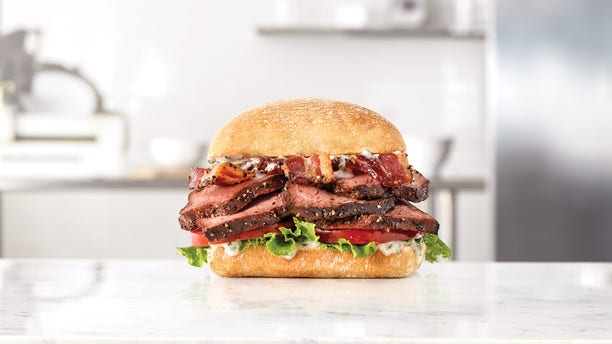 Both sandwiches will feature thick-cut petite filet steak seasoned with black pepper and slow-cooked to medium, on a ciabatta roll. (Arby's)

The sandwiches will be available nationwide for a limited time.