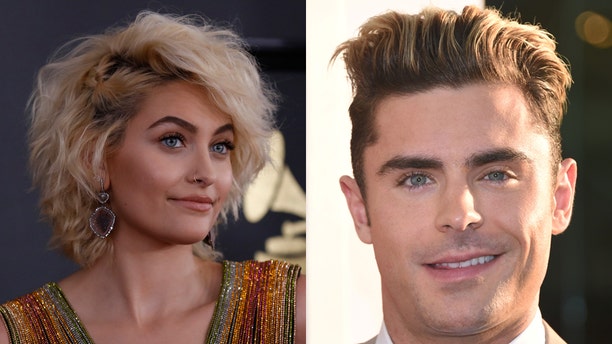 On a recent appearance on “The Tonight Show,” Jackson revealed her past obsession with Zac Efron and explained how the star once disappointed her by not being present at a 2007 "High School Musical Live" concert.

"I was so bummed. He was busy filming it when the tour was going on," she told host Jimmy Fallon. "That was the most depressing part. He wasn't there! I was like this heartbroken 10-year-old."

"I'm so sorry," Efron, 29, told an E! News host, while in Las Vegas promoting his new film, “Baywatch,” at CinemaCon.

ZAC EFRON CLAIMS HE CAN'T GET A DATE

"I'll make sure I'm [there] next time if you come to visit. You should come to the 'Baywatch' premiere,” Efron offered.

Efron went on to tell ET host, Kevin Frazier, "I did not know this. This is the first time I'm hearing of it. I'm bummed out…I'm sure we will cross paths at some point."

Efron added, "Much love until then."

Efron plays an Olympic gold-medalist swimmer in the new raunchy beach revival of the TV series by the same name.