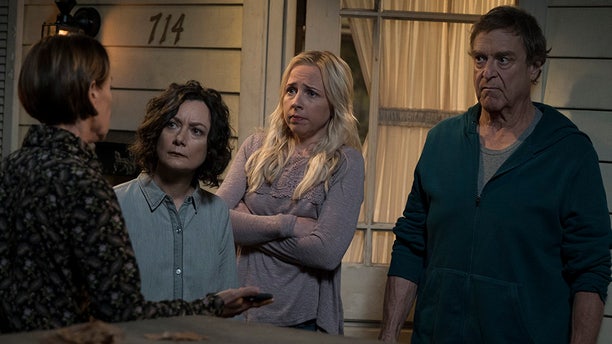 'The Conners' dealt with the death of Roseanne Barr's character in the premiere. (ABC)

Now that the highly anticipated premiere of “The Conners” is behind us, the series’ showrunner, Bruce Helford, is opening up on the thinking behind how it dealt with the absence of Roseanne Barr’s character.

[SPOILER ALERT: The remainder of this article will discuss the premiere of ABC’s “The Conners.”]

It was revealed in the premiere that, as Barr previously teased, the Roseanne character was killed off the show by way of an opioid overdose. The episode spent a lot of time showing how each character was dealing with the fallout three weeks after the funeral.

In a guest column for The Hollywood Reporter, Helford opened up about the process that went into deciding how to write Barr’s character off the show after ABC fired her for a racist tweet directed at former Obama aide Valerie Jarrett.

He opened by revealing that the writers had come together for the first time on what would have been the production of the second season of the “Roseanne” reboot on the day ABC abruptly fired Barr and canceled the show. However, he notes that it was almost a foregone conclusion that this wouldn’t be how the Lanford family ends their story.

“We had a feeling there would be a second half. We had the infrastructure, a cast with no prior commitments, a production team and crew that worked together with precision, 10 previous seasons of backstories, and the hardest thing of all to find in the land of 5,000 channels and ‘Fortnite:’ a dedicated, loyal, passionate audience,” he wrote. 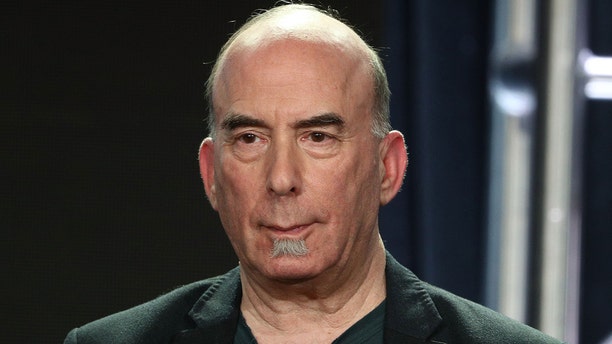 'The Conners' showrunner Bruce Helford opened up about how the show tackled its premiere. (Getty Images)

News that “The Conners” would be greenlit left him and the writers in a difficult creative place - how do you explain the absence of Roseanne in a way that services a character that’s been around for more than two decades?

“Should she have a sudden heart attack, a mental breakdown or go off into the sunset on a boat with her son Jerry Garcia?” he wrote. “But back in the writer's room, we firmly decided against anything cowardly or far-fetched, anything that would make the fierce matriarch of the Conners seem pathetic or debased.”

He continued: “After much discussion by all parties, it was decided that we would have to make her departure clearly permanent. But her death would have to be reverent to the woman who was so beloved by her family. And the result would have to leave no shadow over Dan, Jackie, Darlene, Becky, DJ and all of Lanford. It was a crucial story point so that the other characters could truly move on boldly with their lives, evolve and grow.”

Now he helms the show without her and debuted his first episode on Tuesday night. While the ratings were on par with the finale of the “Roseanne” return, it was a far cry from the opening that the previous season received, which catapulted to No. 1 as viewers tuned in to catch up with the family after all these years.