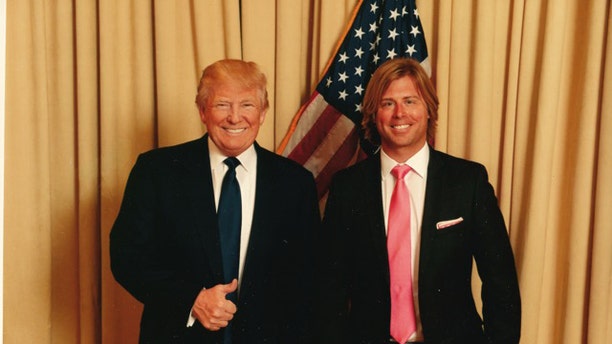 Donald Trump and Dr. Ben Carson reportedly looked uncomfortable while being serenaded on stage Sunday night at the Lincoln Day Dinner in Mar-A-Lago, Fla. by singer Beau Davidson. But the two-time Emmy nominated recording artist -- and Trump supporter -- says the two couldn't have been happier.

“Mr. Trump had a huge smile on his face. He grooved to the beat and even joined the chorus once he heard his name in the lyric," Davidson told FOX411. “Dr. Carson enjoyed the performance, smiled, and clapped along. His wife Candy told me she is a violinist and that she was singing harmony during some of my performance.”

Davidson sang a modified version of “Stand By Me” with the lyrics: “So Donald, Donald stand by us, and we'll stand by you.”

Davidson told FOX411 he was asked to perform by the Republican Party of Palm Beach County, and jumped at the chance as he voted for the businessman in the Tennessee primary and “admires (Trump) maverick approach.”

While Davidson has no idea if the former reality star would make Carson his Vice President, Davidson said “It was very clear to us that Mr. Trump values his wisdom and intelligence.”