Rumored use of Michael Jackson body doubles could be raised in trial, sources say 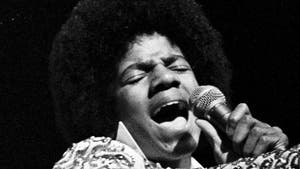 The many faces of Michael Jackson

Looking back at the many faces the King of Pop had throughout his career...

In the months before and after Michael Jackson's sudden death in 2009, rumors ran rampant that body doubles were being used in an effort to disguise the King of Pop’s ailing health. Now sources connected to the ongoing $40 billion wrongful death suit filed by the Jackson family against AEG tell FOX411’s Pop Tarts column the body double reports will likely be dug back up as the case heads to trial.

An insider tells FOX411 that Jackson had strong incentive to ensure he fulfilled his commitments to AEG, as he agreed to do the “This Is It” tour “out of sheer desperation” for fresh funds. Jackson knew if he didn’t fulfill his contractual obligations, he would be forced to pay back the $30 million in advance money and possibly forfeit his share of his prized Beatles catalogue, the source said.

Speculation over just how able he was to take the stage first surfaced in March 2009, with some speculating he was so far from ready, a body double was needed in his place.

About three months before his death, several spectators and critics started to question whether the jittery figure donning aviator shades and a sparkly jacket while appearing before the masses at the massive tour announcement press conference inside London’s O2 Arena was Jackson, or an impersonator.

“It just didn’t seem to be Michael. He was very thin, yet this ‘Michael’ was stronger, had a bigger head and always wore a wig. This London version of Michael also had much bigger hands,” a source connected to the Jackson family said, based on her personal knowledge of the entertainer.

Similar questions over Jackson’s health and real identity raced across the Internet, with many also suggesting that the awkward, almost macho stride of Jackson heading into the arena was a far cry from his normally soft-footed walk, and that even his chin looked off.

“In my opinion, the man in the clip isn’t Michael Jackson; it’s a man posing as Michael Jackson. The (apparent) body double’s walk is cockier and had more bounce than MJ’s typical stride,” explained Bianca Cobb, a senior instructor at the Body Language Institute. “Michael had a less confident walk with smaller strides and less pep. He also tended to walk with his head down, and deflected attention. The seemingly double spoke more confidently by projecting his voice more and was also a bit deeper. Michael tended to have a softer and lower tone of voice which didn’t project across the room.”

“The apparent double’s smile had a lift on the side which is the commisures,” she told us. (The commisures is where the upper and lower lip meet.) “MJ’s smile was flatter than the (person at the conference) as their smile was more arched.”

Officials at the arena, as well as the Jackson camp, vehemently denied that it was anybody but the real deal at that conference, and another source close to Jackson assured us it was him. Well, at least him on something.

“There is no question it was Michael. The gangster walk was really him. The problem is that he was heavily intoxicated during this press conference, which ironically, is one of the things I believe will be an exhibit during this trial,” said the insider. “He was drinking heavily and extremely high on at least a couple of substances. Even when Joseph (Jackson, father) saw the press conference he became concerned. In fact, that was about the same time Michael began calling his dad again seeking ‘protection.”

And by “protection” we’re told Michael kept saying that people were “after him” and his catalogue he was paranoid that everyone he came in contact with was trying to kill him.

And these aren't the only body double allegations potentially slated to be raised during the trial. Just four months after Jackson’s passing, the rumors resurfaced when Columbia Pictures released the “This Is It” documentary, chronicling the King of Pop’s rehearsals for the sold-out “This is It” tour, which was scheduled to begin just a few weeks after he died. Many speculated that Jackson doubles – a dime in a dozen in Hollywood – were used to fill gaps in the film. Such claims were only perpetuated after Joe Jackson declared that it was “mostly body doubles.” However, the film’s distributor was quick to shoot down the widespread accusations.

“This story is pure garbage and there are no body doubles… Every time they see the King of Pop they will know that every frame is unquestionably and undeniably Michael as he rehearses and prepares for the London concerts that were to have begun this past summer,” stated Steve Elzer, Senior Vice President of Media Relations at Sony Pictures, at the time.

Others close to the star aren’t quite so confident.

“The doubles or stand-ins were used in rehearsal footage we saw in ‘This is It,’” argued a Jackson insider. “Look specifically at the performances of ‘Human Nature’ and ‘Thriller’ in the film, there are others too... The lips are off with the words and the real person doing the dancing requires much too much effort. MJ was effort-less and this stand in was obviously good, but not MJ good by any stretch.”

And don’t expect either side to play nice in this intense trial, which comes almost four years after Jackson’s death.

“AEG is coming in with guns blazing. They are intent on bringing up everything including the child molestation, and will attempt to embarrass Michael and the Jackson family,” added our source.

Lawyers for AEG and the Jackson family did not respond to a request for comment.