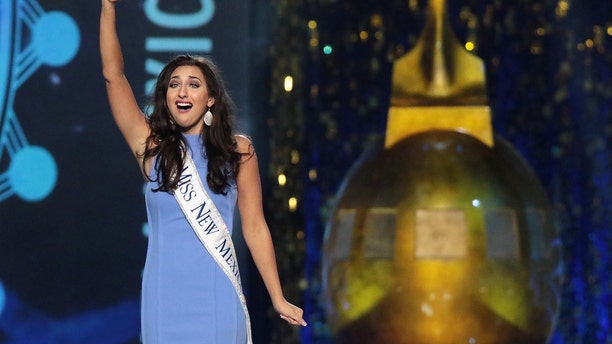 The Miss New Mexico pageant was struck with controversy when contestants weren't paid their scholarship money.

The former executive director of the Miss New Mexico pageant, Greg Smith, is under investigation by the state’s Attorney General’s Office after several former contestants claim they were not given their promised scholarship money.

According to a search warrant obtained by Fox News from the New Mexico Attorney General's Office, police searched Smith's home and confiscated his cell phone, two computers, a digital camera and all documents related to the pageant.

Reps for Smith, who served as executive director of the Miss New Mexico Scholarship Organization, nor the pageant organization itself respond to Fox News’ request for comment.

“The Attorney General is angered by the misuse of scholarship funds intended for bright young women in our community. Our office has worked tirelessly with victims and their families in this case for more than a year, and we will continue to advocate to implement reforms that minimize financial exploitation of scholarship recipients,” spokesperson David Carl told Fox News on behalf of the New Mexico Attorney General's Office.

The warrant indicates that Smith, who ran the organization’s finances from 2015 until February 2018, reportedly left his position owing about $54,000 in unpaid scholarships. This, in addition to allegedly transferring $48,000 from the organization to his personal bank account, collecting more than $3,800 in cash back from purchases made with the pageant’s debit cards and an alleged $1,700 transfer for a personal business endeavor.

The transactions are in addition to other questionable practices that appear to be designed to make Smith money from his position at the expense of the contestants. The warrant describes instances in which he overcharged contestants for things like photographs, rooms, clothes and more. He also allegedly encouraged contestants to seek donations by falsely reporting that the organization was a non-profit.

The most daring allegation against him claims he allegedly sold raffle tickets for more than two years for an ATV, but no winner was selected. After his last pageant with the organization, an intern reported that the ATV was taken to Smith's property.

“Hopefully, we can get those girls their money because they deserve it. They work hard for it and hopefully it never happens again," current Miss New Mexico, Ashley Fresquez, told Albuquerque's KOB 4.

The outlet also spoke with the new executive director of the Miss New Mexico pageant, Rhonda Haynes, who has already reportedly given out $11,000 in scholarships this past year.

"We are rebuilding Miss New Mexico from the ground up," she said. "Currently, we have three towns with local competitions. We are looking for new local directors from all cities across New Mexico that would like to join our great team! We are also looking for candidates to compete. Our organization is going to focus on providing scholarships, empowering young women and promoting community service."