The arrest Monday of Michael Avenatti in an extortion case reportedly linked to fellow celebrity lawyer Mark Geragos sparked trouble for two men who recently had been fixtures on cable news, especially CNN.

Avenatti, the pugnacious attorney best known for representing adult-film actress Stormy Daniels in lawsuits against President Trump, was arrested on charges that included trying to shake down Nike for as much as $25 million with a co-conspirator by threatening the company with bad publicity. The attorney, who also was accused of embezzling a client’s money to pay his own expenses, was charged with extortion and bank and wire fraud in separate cases in New York and California. He was arrested in New York.

The suspected co-conspirator was identified by The Associated Press and The Wall Street Journal as Geragos, a Los Angeles criminal defense lawyer also known for his work with celebrities. CNN, which had hired him as a contributor, cut ties with him Monday. 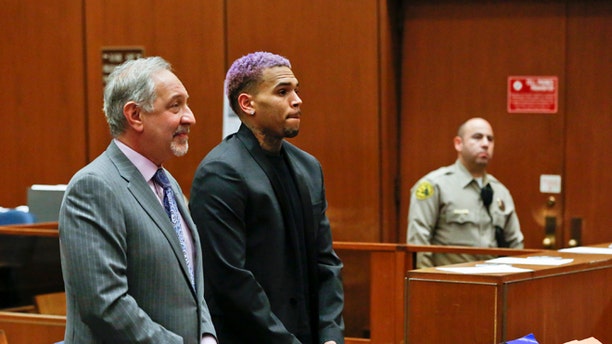 In a span of just over two months last year, Avenatti appeared 108 times on just two cable news outlets combined: CNN and MSNBC, as the Washington Free Beacon reported. He showed up on CNN 65 times and on MSNBC 43 times between March 7 and May 10, according to the paper.

Avenatti rose to national prominence by representing Daniels, whose real name is Stephanie Clifford, in a lawsuit to break a confidentiality agreement to speak about her alleged affair with Trump. He also made headlines when he briefly explored the idea of a presidential bid last year.

In fact, CNN media correspondent Brian Stelter told Avenatti last year: "One reason I'm taking you seriously as a contender is because of your presence on cable news."

Reps for CNN and MSNBC did not respond to Fox News’ requests for comment.

A CNN representative told the AP that Geragos no longer was a contributor to the network but didn't specify why. His name was no longer listed on CNN's website as a legal analyst.

In the California case, Avenatti allegedly misused a client’s money to pay his debts and those of his coffee business and law firm. Federal prosecutors said he also defrauded a bank by using phony tax returns to obtain millions of dollars in loans.

Avenatti allegedly threatened to hold a news conference last week on the eve of Nike’s quarterly earnings call and the start of the NCAA tournament to announce allegations of misconduct by Nike employees. The attorney and a co-conspirator demanded to be paid $15 million to $25 million and an additional $1.5 million for an Avenatti client to remain silent, the complaint said.