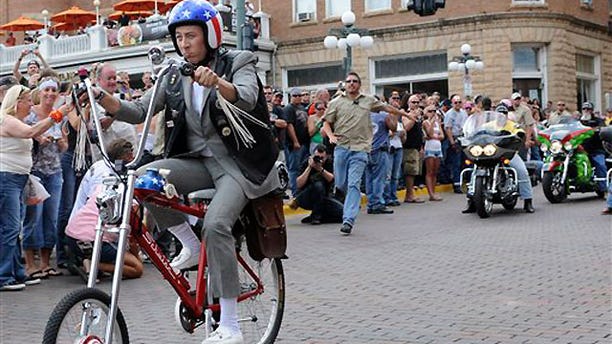 The incident garnered enormous media attention and prompted him to retreat from the public eye to his philanthropist friend Doris Duke’s guest house. But even though he was in hiding, Reubens was still very much privy to his so-called “friends” making a mockery of the situation.

“I turned on the TV and saw people I mistakenly and naively thought were my friends making jokes about me. That was really painful. I knew Arsenio Hall, and his guests were Patti LaBelle and Luther Vandross, who were also my friends,” Reubens told the men’s magazine. “I was just sitting there going, ‘Oh, they’re making jokes about me.’ I turned the channel to Jay Leno, who was also saying some snarky things. I get that it’s their job, but I had already said the allegations weren’t true and felt I deserved the benefit of the doubt from them. Make a joke about me but also just say, ‘By the way, he’s been a friend of our show for many years.’ I was shocked people would kick me when I was down.”

Last year, almost two decades after his career as a child entertainer fell apart, the now 57-year-old actor brought his alter ego back to life with a live stage show “Pee Wee’s Playhouse” in Los Angeles – although it seems he has come to accept that people may never be willing to amend their now-tainted perception of him.

“People said, ‘The public has such a short memory.’ I knew it wasn’t true. The public has a memory like a steel trap…Two years ago I was on a flight back to L.A. from the East Coast and it was one of those newer planes where every seat is equipped with its own little live satellite television screen. … I look over to the bulkhead one row in front of me, and I see a TV monitor there showing my mug shot, which then morphs into a picture of Pee-wee,” Reubens added. “And I realize, ‘Oh my God, they’re showing my E! True Hollywood Story—live!—to every seat in this airplane.’ I felt as though I was going to have to jump off the plane.”