Elton John shocked some concertgoers by directing foul language at two security guards he claimed to have spotted booting a female fan from the venue for his show.

The incident occurred on Sunday during the second of two concerts in Western Australia as part of John’s “Farewell Yellow Brick Road” tour. The singer was performing at Perth’s HBF Park when he stopped his own show for the outburst, which was captured by a fan on Twitter.

“Hey, you two security guards with the girl. F--- off. Bring her back here immediately,” he said, as the audience cheered him on. “Come on you c---s. Morons, you both are, morons. You don’t treat girls like that. Leave her alone, you turds.”

The second swear word elicited gasps from the crowd who were briefly confused as to who he was snapping at. According to Billboard, the “Tiny Dancer” singer apologized to the crowd and explained his use of the “c-word” shortly after his outburst.

“I apologize for the ‘c-word,’ I just hate people being assaulted, especially women by security guards. I have a pet hate of security guards anyway.” 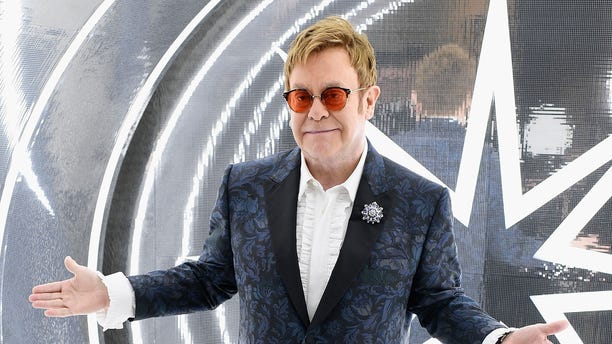 Elton John laid into security guards at his recent concert for trying to kick a woman out. (Photo by Dimitrios Kambouris/Getty Images for EJAF)

It remains unclear why the woman was being ejected from the venue in the first place. VenuesWest told Billboard that it believes its security team acted appropriately.

“Under the circumstances, the security team acted appropriately and we [VenuesWest and security] worked together with Elton’s team to ensure that the event was safe and successful for the artist and the patrons.”

John is scheduled to play 40 more shows across Australia and New Zealand.

The singer has been touring for decades and recently opened up about a harrowing experience he had during a Las Vegas show in 2017. On the BBC's “Elton John: Uncensored,” the music icon explained to interviewer Graham Norton that just two weeks after undergoing an operation for prostate cancer, he was enduring after-effects of the procedure, which impacted his bladder control.

“If only they knew,” John, 72, said of his audience during that particular show.

John was diagnosed with prostate cancer in 2017 and elected to have surgery soon after instead of undergoing chemotherapy. Though the operation was a success, days later John was forced to deal with an infection that nearly took his life, he said in his memoir, “Me” (via the The Guardian).