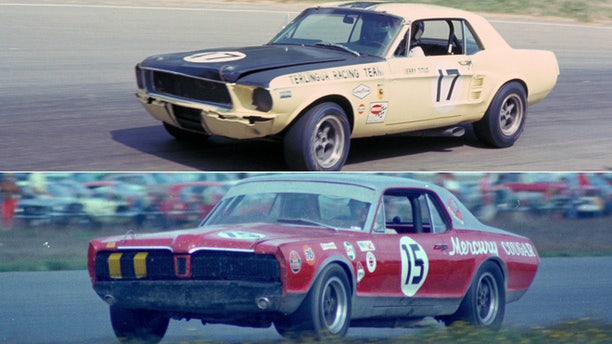 Few people know that actors Scarlett Johansson, Kiefer Sutherland and Vin Diesel have twin siblings. Heck, Arnold Schwarzenegger had Danny DeVito (although that was the movie “Twins”). Some of the most famous nameplates in automobiledom also have less-well-known or utterly forgotten siblings. Here are a few of our favorites:

1967-2002 Chevy Camaro / Pontiac Firebird: While the Firebird may be the best remembered twin on the list, 10 years after its demise, it’s not exactly top-of-mind for non-car people anymore. First generation cars (1967-69) were nearly identical in profile to their Camaro twin brothers.

2007-09 Pontiac Solstice/Saturn Sky: The late and much-lamented Pontiac Solstice roadster had a twin that was sold through Saturn dealers as the Sky. The Sky was arguably more attractive, but the Solstice outsold the Sky by more than two-to-one. Both died in 2009 when GM shuttered the only plant that built them, and killed both the Saturn and Pontiac nameplates. The Sky, particularly the Redline performance edition, is likely destined for collectability.

1971-77 Chevrolet Vega /Pontiac Astre: The infamous Chevy Vega had an almost completely forgotten twin in the Pontiac Astre. Available with more luxury features and a slightly higher price tag than the Vega, it suffered from the same aluminum engine troubles and rampant rust. Very few remain.

1967-70 Ford Mustang / Mercury Cougar: The Cougar started out as a more expensive and more luxurious Mustang twin that turned out to be a very desirable car in its own right with sexy hidden headlights and an interior several steps nicer than the Mustang’s (especially with the XR-7 package). Cougars today ironically trade for far less money than the vintage Mustangs that they were originally a step up from.

1971-87 Chevy El Camino / GMC Sprint (Caballero): The Chevy El Camino might have been the answer to a question that nobody recalls asking (half car, half pickup truck), but they sold very well from the late 1950s through the 1980s. So well, in fact, that GM’s truck division, GMC, added its own version from 1971-87. Known initially as the Sprint, GMC changed the name to Caballero from 1978-87.