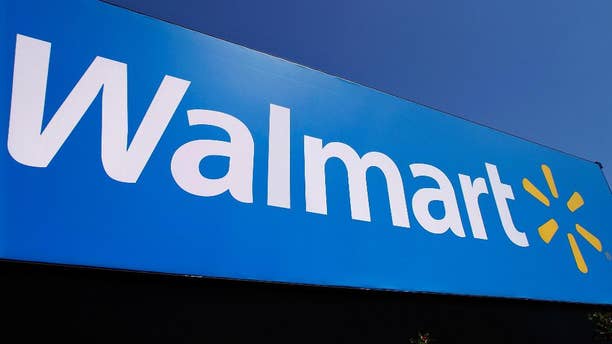 FILE - In this May 16, 2011 file photo, the Walmart logo is displayed on a store in Springfield, Ill. The retail giant won a legal victory Monday, March 28,2 016 in a fight over taxation by Puerto Rico's government when a federal judge in the U.S. island territory ruled that a modified tangible-property tax is invalid. The ruling was issued as the island rushes to find new sources of revenue and a debt restructuring mechanism from the U.S. Congress while struggling through a decade-long economic crisis. The government says it will appeal the decision. (AP Photo/Seth Perlman, File) (AP Photo/Seth Perlman, File)

A federal judge in the U.S. island territory ruled that a modified tangible-property tax is invalid. The ruling was issued as Puerto Rico's government rushes to find new sources of revenue and a debt restructuring mechanism from the U.S. Congress while struggling through a decade-long economic crisis.

"The judge just took away $100 million from the people of Puerto Rico and gave it to Walmart," he said, referring to the revenue the tax would have generated this fiscal year for the U.S. territory. "Now I have to look for that money somewhere else. Of course I'm going to appeal the decision, and immediately."

Legislators echoed his sentiments, pledging to approve a new bill to obtain a portion of the revenue generated by retail giants across the island.

Walmart is Puerto Rico's largest private employer, with more than 14,000 workers, and argued in a lawsuit filed in December that the tax was unconstitutional.

Federal Judge Jose Antonio Fuste agreed in his 109-page ruling and said the island's treasury secretary must immediately stop levying, collecting and enforcing the tax. He noted Puerto Rico legislators had increased the tax by 325 percent in May 2015 during what he called a brisk approval process so they could capture revenues from Walmart.

The 6.5 percent tax would have applied to every piece of inventory Walmart received for its stores even if it wasn't able to sell it, Fuste said.

He said that if the tax were to remain in effect, it would generate more than $40 million in "unconstitutional taxes ... to an insolvent government without any hope that the victimized taxpayers will be reimbursed in the foreseeable future. That is the very definition of an inadequate remedy," he wrote, adding that $10 million of that revenue would have been from Walmart alone.

The ruling comes as Walmart prepares to close seven stores in Puerto Rico as part of a plan to shutter 269 stores worldwide.

Fuste also reflected on the island's financial situation and said the government is in urgent need of more transparency.

"The people deserve to know the truth about how we got to where we are, and we can go from here," he wrote. "The residents of the island most affected by this crisis deserve the very transparency whose absence helped caused the crisis."

Government officials have warned that the U.S. territory's government will run out of money in June. Puerto Rico has a $70 billion public debt load that the governor says is unpayable and needs restructuring.

Garcia also said Monday that he will fight to amend legislation before the U.S. Congress that seeks to create a federal fiscal oversight board for Puerto Rico, saying it threatens the territory's democracy. He made the announcement just days after U.S. House created a draft bill that calls for establishing a board that would audit Puerto Rico's government and have final say over budget and fiscal issues.

"That board would be a substitute for an elected government," Garcia said, adding that it could not be held accountable come election time. "That is unacceptable."

The House Natural Resources Committee is expected to vote on the bill in April.