Van Gogh 'did not shoot himself,' forensic expert claims 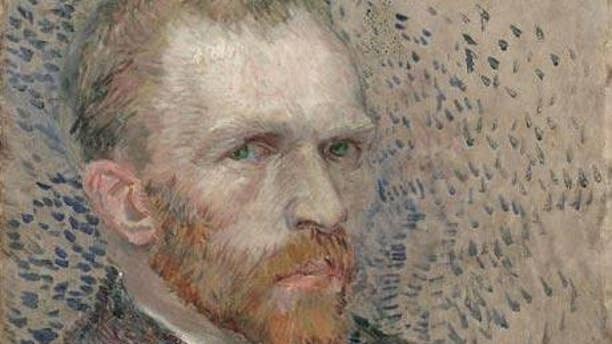 Vincent van Gogh revealed on his death bed he had shot himself in a wheat field in Auvers, France, on July 27, 1890, just days after placing a large order for paint and other supplies. But Dr. Vincent Di Maio, an expert on gunshot injuries who was a key witness during George Zimmerman’s trial, believes the wound was “not self-inflicted” as originally thought. (AP)

Dutch painter Vincent van Gogh, whose mysterious death by gunshot near Paris in 1890 has long been scrutinized, may have been murdered, a leading forensics expert claims.

The Post-Impressionist artist revealed on his death bed he had shot himself in a wheat field in Auvers on July 27, 1890, just days after placing a large order for paint and other supplies. But Dr. Vincent Di Maio, an expert on gunshot injuries who was a key witness during George Zimmerman’s trial, believes the wound was “not self-inflicted” as originally thought. The long-held legend of how Van Gogh died is based on “bad history, bad psychology, and, as a definitive new expert analysis makes clear, bad forensics,” according to Vanity Fair.

“None of the earliest accounts of the shooting — those written in the days immediately after the event — mentioned suicide,” Steven Naifeh and Gregory White Smith wrote in December’s edition. “They said only that Van Gogh had ‘wounded himself.’ Strangely, the townspeople of Auvers, the picturesque community near Paris where he stayed in the last months of his life, maintained a studied silence about the incident.”

Di Maio made the claim in response to Naifeh and Smith, whose 2011 biography of Van Gogh disputes the artist’s suicide, alleging he was shot, possibly accidentally, by a couple of boys whom Van Gogh ultimately decided to protect by accepting blame for the fatal shot that would kill him some 29 hours later.

Di Maio agreed to compare forensic evidence as presented in the authors’ Pulitzer Prize-winning book to a 2013 account by Louis van Tillborgh and Teio Meedendorp that supported the suicide narrative.

Van Gogh’s wound, according to the two art historians, had a “brown and purple halo” around it, meaning it must have been fired at close range and was caused by the bullet’s impact.

Di Maio disagreed, however, saying that “purple halo” had nothing to do with the proximity of the gun barrel to the artist’s body.

“In fact, this is subcutaneous bleeding from vessels cut by the bullet and is usually seen in individuals who live a while,” Di Maio wrote in his report. “Its presence or absence means nothing.”

Di Maio said the brownish ring was an “abrasion ring” seen around virtually all entrance wounds. Had the right-handed Van Gogh shot himself, “soot, powder tattooing and searing of the skin around the entrance” would have been easily found during an autopsy.

“These would have been grossly evident,” Di Maio wrote. “None of this is described [in any of the forensic accounts]. This indicates the muzzle was more than a foot or two away (closer to two rather than one).”

Di Maio continued: “It is my opinion that, in all medical probability, the wound incurred by Van Gogh was not self-inflicted. In other words, he did not shoot himself.”

A curator at the Van Gogh Museum in Amsterdam told Naifeh and Smith he believed it would be within the late artist’s character to have protected the purported young shooters.

“I think it would be like Vincent to protect the boys and take the ‘accident’ as an unexpected way out of his burdened life,” the curator wrote in an email. “But I think the biggest problem you’ll find after publishing your theory is that the suicide is more or less printed in the brains of past and present generations and has become a sort of self-evident truth. Vincent’s suicide has become the grand finale of the story of the martyr for art, it’s his crown of thorns.”