Sexual assaults reported in Berlin despite 'safety area' for women 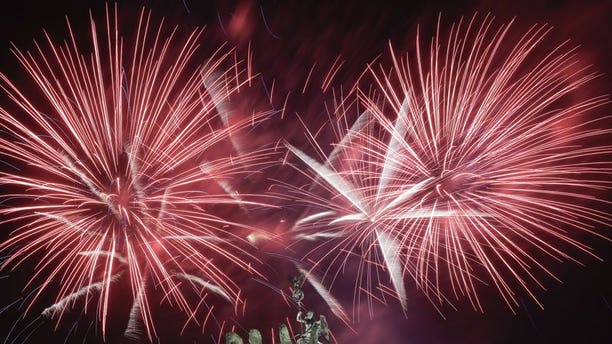 Hundreds of thousands of revelers watched the fireworks display above the Quadriga at the Brandenburg Gate in Berlin, Germany. (AP)

At least 13 cases of sexual assault were reported in Germany's capital on New Year's Eve -- despite the city's creation of a "safety area" for women to celebrate the arrival of 2018 near Berlin's Brandenburg Gate.

Police made seven arrests, according to Fox News and multiple German media reports, but no information was released about the suspects.

As midnight neared in Germany, Berlin police tweeted that they were receiving reports of sexual assaults, but warned that the force does not tolerate such crimes.

After being asked on Twitter about the nationality of the perpetrators, police declined to provide the information -- saying ethnicity or national origin would have no bearing on the cases.

Many of the victims have identified their attackers as being North African or Middle Eastern migrants -- a source of frustration as Germany struggles to assimilate new arrivals.

Achieving greater national unity has been a goal for Chancellor Angela Merkel.

For the first time this year, a “safety area” was set up for women where they could report or seek refuge in the event of sexual harassment during the festivities. The initiative was a part of broader measures to ensure safety during the mass celebration.

“By doing so, one is saying there are safe zones and unsafe zones” for women that could result in “the end of equality, freedom of movement and self-determination,” Wendt told the Neue Osnabruecker Zeitung daily newspaper.