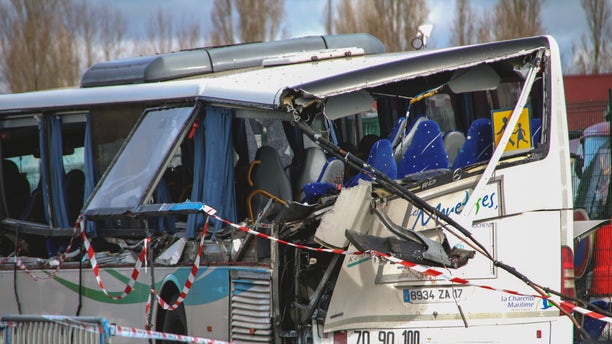 Six French children were killed Thursday when the part of a truck swung open and raked through their school bus in a town on the country's Atlantic coast, officials said.

The circumstances of the early morning crash in Rochefort were under investigation and the French minister in charge of transport was headed to the scene. Eighteen adolescents were in the bus at the time, according to the French president's office.

"The word chaos is not strong enough. This is such a tragedy," said Jerome Servolle, an UNSA police union official in the town. Servolle said a gate-like object swung open on the truck, slicing through the school bus at window height.