The actor clearly admired the socialist leader – taking in sports games with him and greeting him publicly with embraces at airports.

Sean Penn gushed over the late Venezuelan President Hugo Chavez, describing him as a Robin Hood of sorts, a revolutionary wonder. And when Vice President Nicolas Maduro, Chavez’s hand-picked successor, became head of state, Penn said he would continue to lift Venezuela.

Directors Michael Moore and Oliver Stone as well as actor Danny Glover also made it a virtual mission to hold up Chavez and the socialist changes of the so-called Bolivarian Revolution. U.S. writers and lawmakers joined the Chavista parade of admirers. Rep. Gregory Meeks, a New York Democrat, and the Rev. Jesse Jackson joined Penn in attending Chavez’s funeral in 2013.

Chavez’s socialist rule, originally viewed in 1999 by his admirers as a tough-love approach to addressing the nation’s economic problems, began degenerating while he was still alive, with corruption, misguided and detrimental financial policies and an authoritarian intolerance for dissent that was met with arrests and prison. 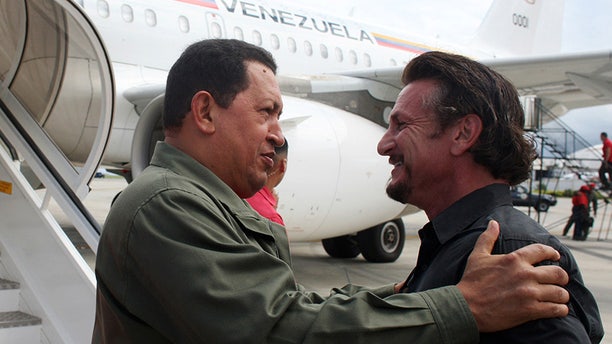 “There’s always optimism when someone comes in and promises things,” Johanna Mendelson-Forman, a scholar-in-residence at American University and an expert in international conflict resolution, said. “At the beginning, a lot of changes [Chavez] made to help the poor included food and housing subsidies, which affected the poor to a positive extent. He was creating a social safety net, and people were optimistic.

But the money for that expanding safety net had been taken from the revenue of the national oil company. The upshot was a virtual end to capital investment in the company’s vast array of wells, pipelines and refineries. Production fell as equipment broke and could not be repaired or replaced. And despite crude oil prices remaining over $100 a barrel, oil revenue began falling.

“Chavez had a desire to create a cult of personality,” said Mendelson-Forman, “which included a curtailment of democratic rights and dismissing experts in the oil industry so that it started to fail and to this day has a severe problem.”

The power-hungry leadership and contraction of revenues and resources then led to a “Hunger Games” type of environment – and has persisted under Maduro -- in which “only those people loyal to the party get food” and other basic supplies not available to the general public there, said Mendelson-Forman.

Under Chavez and Maduro, a nation that had once been among Latin America’s most stable and wealthy democracies, became a socialist country where political opponents are jailed and demonstrations against the government are met with bullets. 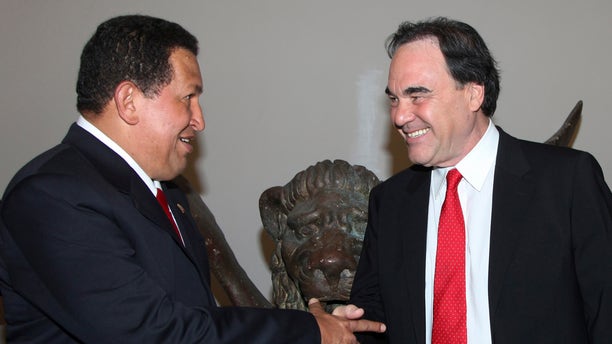 “The romanticism [over Chavez outside Venezuela] never reached the people who were in the opposition; they were against authoritarian structure,” Mendelson-Forman said.

But if there was some basis for buying into Chavez’s promises in the early days, many of his defenders continued to praise him even as red flags popped up from all directions.

In 2014, at the one-year anniversary of Chavez’s death Venezuela’s economy was in free-fall and human rights abuses were worsening under Maduro, Glover praised Chavez as "a true man of the people.” As Maduro, visibly pleased, looked on, the actor lamented: "You have no idea the pressures any friend of Venezuela in the U.S. receives for saying a few words of support and admiration for Commander Chavez." 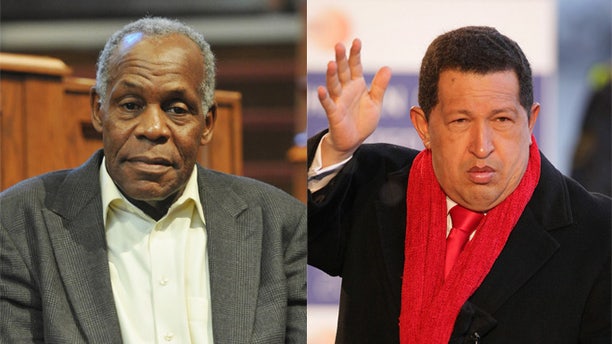 But Glover was part of an increasingly small circle of Hollywood elites who were once enamored of Venezuela’s socialism.

Luis Israel Abreu, a former Cuban political prisoner and head of several Cuban exile pro-democracy groups, called it “the populist illusion. Chavez was made out to be this phenomenon.”

Otto Reich, who was U.S. ambassador to Venezuela under the Reagan administration and served in the State Department under President George W. Bush, sees the embrace Chavez continued to enjoy after his death -- even as his failures became impossible to ignore -- as willful ignorance.

It’s the worst downward spiral I’ve seen in any LatinAmerican country in quite some time. It speaks volumes about the nature of the authoritarian Maduro regime. He’s tone deaf to the suffering of his own people. He doesn’t care. It’s about staying in power at any cost.

“These are the same kind of people who say the same thing about every extreme left leader, [such as] the Sandinistas, Fidel Castro, they raised money for the Salvadoran guerrillas, who were killing people,” Reich said.

“Some of it is just about being opposed to whatever the U.S. government is for,” he added. “They are for anti-American policy. Some of it is plain ignorance. They know little about the region. They go on guided tours. They fall for the propaganda.”

Jackson, the Protestant minister and long-time civil rights leader, often was confronted by journalists about how he could support Chavez when the Venezuelan leader trampled on his own people’s liberties.

After delivering a prayer at Chavez’s funeral in Venezuela, Jackson was asked how he would explain his embrace of the leader to the many who saw him as a “vile dictator.” 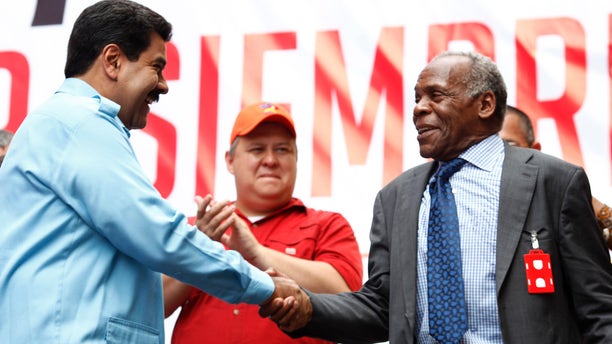 “I just want to be precise,” Blitzer said in a follow-up question. “Are you really comparing Hugo Chávez to George Washington or Thomas Jefferson or James Madison? That’s what I was hearing. But I want you to explain.”

When Maduro became president, Chavez champions expressed confidence that he would improve life in Venezuela.

“Venezuela and its revolution will endure under the proven leadership of Vice President Maduro,” Penn said.

Things have only grown worse, with the number of Venezuelans living at or below the poverty level at nearly 80 percent. Venezuelans have taken to the streets by the thousands in recent days to protest the lack of food and the horrors of the police state that Maduro has created. 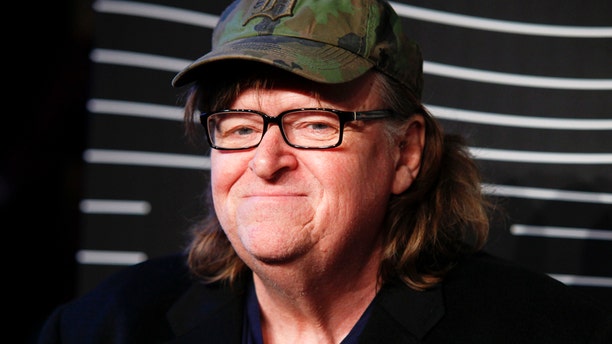 “It’s the worst downward spiral I’ve seen in any Latin American country in quite some time,” said Sen. Robert Menendez, D-N.J., and past chairman of the Foreign Relations Committee. “It speaks volumes about the nature of the authoritarian Maduro regime. He’s tone deaf to the suffering of his own people. He doesn’t care. It’s about staying in power at any cost.”

The way Reich, the former ambassador, puts it, some still are determined to look past dictatorial behavior and egregious governing failures.

“They only see those things that validate their preconception about a leader," Reich said. "Their perception is that these places run by leftists are a paradise. When they say this to me, I ask why so many people are leaving these countries. And, of course, they respond by blaming the United States.”