A pack of feral hogs -- perhaps 30 to 50 of them -- reportedly sniffed out and destroyed a stash of cocaine worth $22,000 that drug dealers had hidden in an Italian forest.

The wild boar dug up and broke into the sealed package, scattering its contents across a Tuscan forest near Montepulciano.

Police discovered the work of the helpful swine after they wiretapped suspected drug traffickers -- one Italian and three Albanians-- and heard them complaining about the damage to their woodland stash. The four suspects were arrested, after which two were taken to jail and two more were placed under house arrest, Il Tirreno reported.

CHIMPS ARE KILLING PEOPLE IN UGANDA: 'IT BROKE OFF THE ARM.. OPENED THE STOMACH AND REMOVED THE KIDNEYS'

There was no word on what became of the hogs who'd dug up the narcotics. 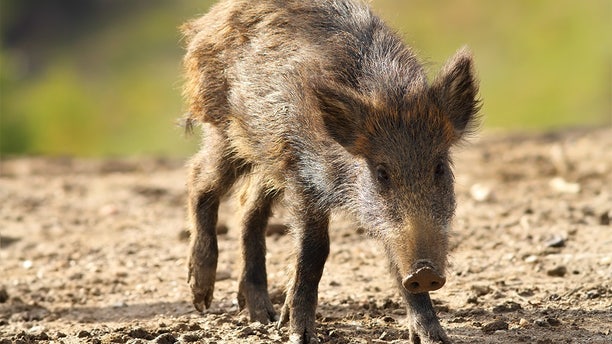 The drugs came from Perugia and were to be peddled throughout Tuscany. Each month the four suspects managed to peddle two kilograms of cocaine, charging $90-120 per gram.

Police began to suspect the group after the drug-related murder of a 21-year-old Albanian in May of last year. A group of Albanians with links to the murder victim who sold drugs became suspicious to police.

SHARK ATTACKS US DIVER, 23, OFF COAST OF MEXICO, OFFICIALS SAY

The wild boar population in Italy has seen a major spike, and now stands at about 2 million -- double the 2015 population. Last week hundreds of Italian farmers descended on Rome to protest, arguing that the government has not taken proper measures to control the population, according to The Guardian. Farmers said the animals are destroying their crops and killing their livestock.

Wild boar are also responsible for around 10,000 road accidents per year.

Female wild boar can give birth to six to 14 piglets at a time. The abandonment of farmland in recent years has led to increased forest covering, a prime habitat for the creatures. They have no natural predators other than wolves.