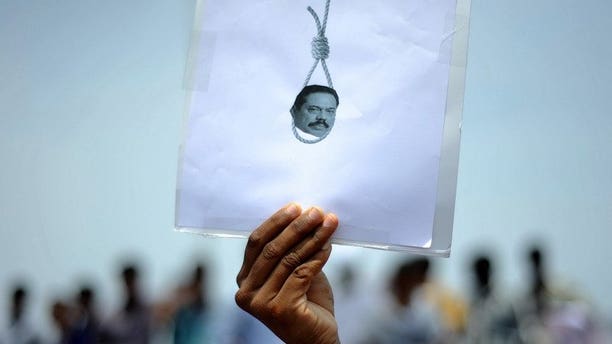 A delegation of EU lawmakers requested Colombo ensure accountability in the face of what the UN calls "credible allegations" of up to 40,000 civilians killed in the final battles in 2009.

"On issues around accountability, we need to see more progress," the delegation head, Britain's Jean Lambert, told reporters in Colombo.

She said they wanted Sri Lanka to implement recommendations of its own domestic war probe which called for independent investigations into alleged rights abuses.

"On the physical side in terms of roads and reconstruction, the progress is very, very visible, but a lot more needs to be done on political issues," she said.

She added however that the six-member team noticed that Sri Lankan security forces had been deployed for road construction and other work that would normally be carried out by civilians.

"We have raised concerns that the military is becoming a part of everyday life of society," Lambert said, adding that they believed troops were having an unfair advantage over civilian small businesses.

Sri Lankan troops declared an end to 37 years of ethnic war after wiping out the leadership of separatist Tamil Tiger rebels in May 2009, but defence spending has been maintained with the same level of troops and funding.

Security forces have ventured into the lucrative tourism sector and also deployed in key construction projects of the government.

Lambert said they also raised concerns about "disappearances" and the fate of thousands of people missing following the end of the conflict.

"No matter how long after the conflict, people still want to know what happened to their loved ones," she said.

Sri Lanka has resisted pressure for an international probe into war crimes and maintained its forces did not kill civilians while battling Tigers who were known for suicide bombings.