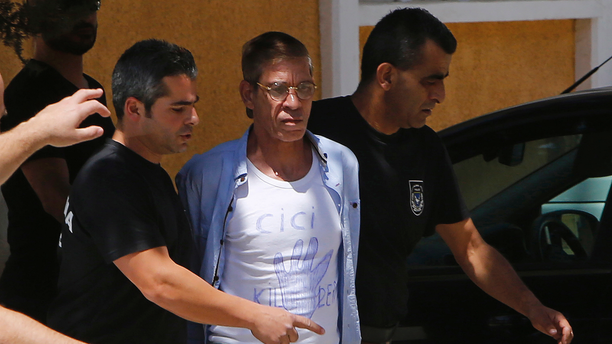 An Egyptian man who hijacked a domestic EgyptAir flight in 2016 and ordered it to land in Cyprus to allegedly protest Egypt's military-backed government has been extradited to his homeland after giving up a drawn-out legal fight, authorities said Sunday.

Doros Polycarpou, with the migrant support group KISA that assisted Mustafa, told the AP that the 62-year-old decided of his own accord to return to Egypt and face prosecution there, despite fears that he may be tortured.

Polycarpou said Mustafa told his legal team he was willing "to take the risk" of suffering maltreatment at the hands of Egyptian authorities because he could "no longer take" his holding conditions in Cyprus' prison complex.

He said Mustafa had complained that he was being held in "isolation" and put under "psychological strain" because authorities kept him away from the prison's general population.

Mustafa's change-of-heart stands in stark contrast to his vociferous fight against extradition to Egypt on the grounds that he could face torture or an unfair trial there.

Last year, the European Court of Human Rights blocked Cyprus from extraditing Mustafa until it could rule on whether doing so would violate its prohibition about returning individuals to countries where they may face torture or inhuman treatment.

Mustafa hijacked the EgyptAir flight in March 2016 using a fake suicide belt and diverted it to the Mediterranean island of Cyprus. A six-hour standoff with Cypriot authorities on the tarmac of Cyprus' Larnaca airport ended peacefully after all 72 passengers and crew were released and Mustafa was arrested.

Mustafa told a Cypriot court that he meant no harm to anyone. He said he was trying to expose what he called the "fascist regime" of Egyptian President Abdel-Fattah el-Sissi and to help secure the release of 63 female dissidents being held in Egyptian prisons.

But prosecutors said Mustafa admitted in a written statement to police that he only carried out the hijacking in order to reunite with his Cypriot family.