Charlie Gard to be buried with 'beloved' toy monkeys

Charlie Gard, the terminally ill baby who died a week shy of his first birthday after a lengthy court battle that captured worldwide attention, will be buried with his "beloved" toy monkeys, his parents said Monday. 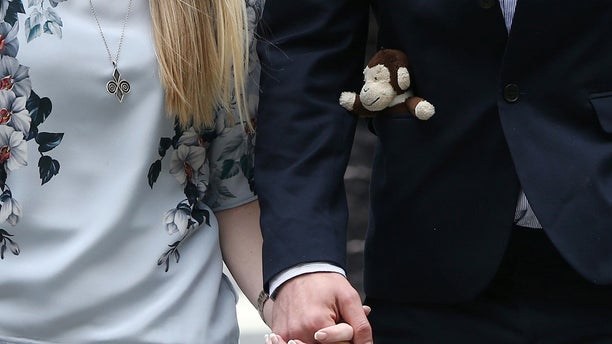 Charlie Gard will be buried with his "beloved" toy monkeys, his parents told the Sun. (Reuters)

Gard died on Friday in a hospice after he was taken off life support. His parents, Chris Gard and Connie Yates, were embroiled in a legal battle for months, trying to bring their infant son to the United States for an experimental medical treatment that offered a sliver of hope to combat Gard's rare genetic disease, mitochondrial depletion syndrome.

Gard and Yates are expected to register Charlie's death on Monday, the Sun reported.

"We should be planning Charlie’s first birthday but instead we’re planning his funeral," Yates told the site.

On Friday, Yates said in a statement: "Our beautiful little boy has gone, we're so proud of him."

Charlie was described as being born "perfectly healthy" at birth, but he was admitted to the hospital months later. His parents then spent several months trying to persuade London's Great Ormond Street Hospital, where Charlie was being treated, to allow them to bring their ill son to the U.S. in an attempt to save his life.

But Charlie's doctors opposed the idea, despite support from international leaders, including President Trump and Pope Francis. The doctors said they believed the trip and treatment would cause Charlie more pain, and argued instead to switch off the child's life support to allow him to die peacefully. They later said it was Gard and Yates' rights to hear all possible ways to help their child. 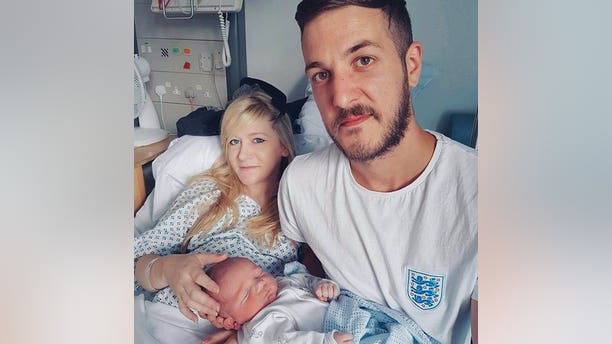 The father of critically ill baby Charlie Gard carries a toy monkey in his pocket as he and Connie Yates, Charlie Gards mother, arrive at the High Court in London, Britain July 14, 2017. (Associated Press)

Last week, Charlie's parents dropped their bid to bring Charlie to the U.S., saying "the window of opportunity has been lost. Recent medical tests revealed Charlie has irreversible muscular damage.

"Had Charlie been given the treatment sooner he would have had the potential to be a normal, healthy little boy," Yates said.

Pope Francis, who previously spoke out in support of the infant's parents, tweeted his condolences.

"I entrust little Charlie to the Father and pray for his parents and all those who loved him," Pope Francis said.

Vice President Pence tweeted: "Saddened to hear of the passing of Charlie Gard. Karen & I offer our prayers & condolences to his loving parents during this difficult time."