As UK's May announces exit date, a look at what happens next 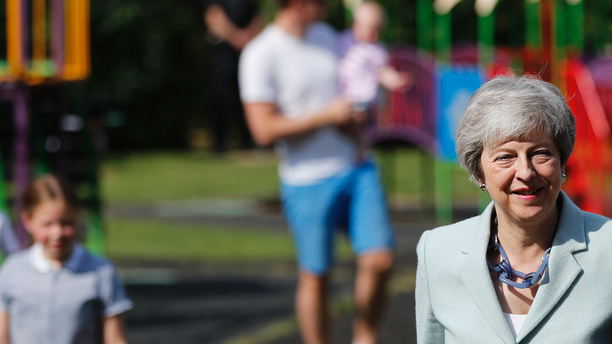 Britain's Prime Minister Theresa May arrives at a polling station to vote in the European Elections in Sonning, England, Thursday, May 23, 2019.(AP Photo/Frank Augstein)

British Prime Minister Theresa May says she will step down as Conservative Party leader on June 7, sparking a contest to replace her as party chief and U.K. leader.

Here's a look at how the Conservative Party goes about changing leaders.

All Conservative lawmakers can run to lead the party. May says the contest will start the week after she resigns; party officials will set a date for the closing of nominations.

After candidates come forward, the 313 Conservative lawmakers vote in a series of elimination rounds. The candidate with the lowest number of votes drops out and voting continues until there are two contenders left.

The final two candidates are put to a vote of the full party membership across the country, about 120,000 people.

In the last leadership contest in 2016, members never got to vote because all the candidates dropped out but one: May.

May remains prime minister and party leader until a replacement is chosen. The winner of the vote becomes Conservative leader and prime minister, without the need for a national election.