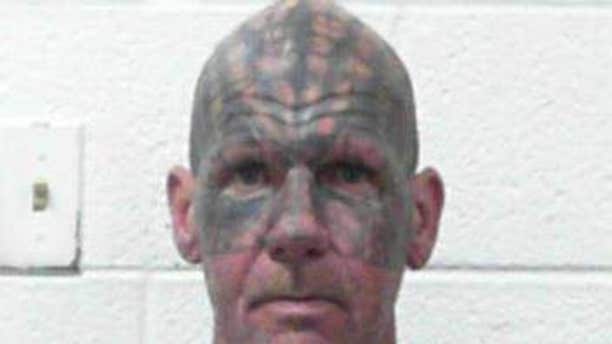 Ervin Franklin Harold, 51, allegedly held a woman against a wall and branded her multiple times, according to police. (Bluefield Police)

A West Virginia man pinned a woman against a wall last week and branded her multiple times with a fork and a horseshoe, police said Wednesday.

Ervin Franklin Harold, 51, has been charged with malicious wounding and domestic assault in the incident, which happened in Bluefield. He was held in Southern Regional Jail Wednesday morning on $10,500 bail.

Cops said Harold branded her twice with a horseshoe -- which he attached to a coat hanger to avoid being burned -- and once with a fork.

It was unclear what sparked the alleged attack.

The woman was treated at the hospital.