Three more inmates are dead at a Mississippi prison that has been besieged by violence in recent weeks.

The State’s Department of Corrections announced Tuesday that two inmates were killed at Mississippi State Penitentiary at Parchman on Monday night, just after a prisoner hanged himself there Saturday.

“At this moment, it appears to be an isolated incident -- not a continuation of the recent retaliatory killings,” the department said on Twitter in reference to the latest case.

A chaplain is now trying to reach the inmates' families to notify them of the deaths, and the department said it is investigating. 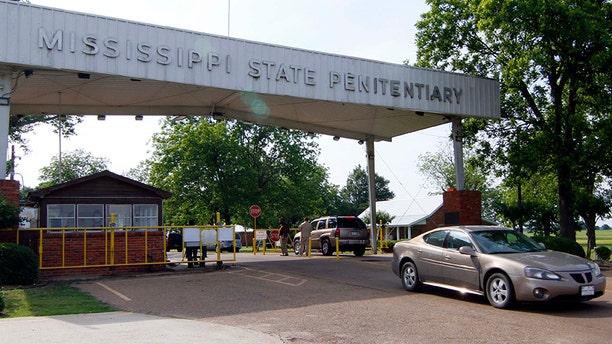 The Mississippi State Penitentiary in Parchman, Miss., has been besieged by a recent wave of violence and killings. (AP)

Five inmates were killed and an undisclosed number of others were injured during an outbreak of violence in Mississippi's prison system between Dec. 29, 2019, and Jan. 3. Three of those five deaths were at Parchman. Two other inmates also broke out of the troubled facility earlier this month but were captured.

Inmate Gabriel Carmen was found hanging inside his cell at Parchman on Saturday night. Sunflower County Coroner Heather Burton said corrections officials reported that the inmate had been irate and throwing feces before his death.

A statement from Burton’s office said Carmen was last seen by corrections officers during a security check at 6:20 p.m.

A person cleaning the hall alerted two corrections officers about 20 minutes later that Carmen was hanging and the officials immediately ran to check on him, the coroner's office added.

“They attempted to enter the cell, but the cell lock was jammed from the inside with a pipe the offender had removed from the toilet," the statement said. “Maintenance had to respond to assist in opening the cell door [to let medical staff in]."

Carmen was pronounced dead at 7:21 p.m. Saturday by a doctor, and his body was removed from the unit by medical staff before the remains were taken to the state medical examiner's office for a planned autopsy.

Last week, more than two dozen inmates sued the state of Mississippi, arguing that its understaffed prisons are “plagued by violence” and inmates are forced to live in decrepit and dangerous conditions. Rappers Jay-Z and Yo Gotti are paying for the attorneys in the case, a spokesperson for the entertainers confirmed to The Associated Press. All of the plaintiffs have been inmates at Parchman.

Pelicia Hall, who had been commissioner of the Department of Corrections since 2017, also stepped down last week when Mississippi's new governor, Tate Reeves, was inaugurated to succeed fellow Republican Phil Bryant.

Hall and her predecessors repeatedly told Mississippi legislators that prisons have too few guards because the pay is low and working conditions can be dangerous.

Reeves on Thursday said the recent violence in the prisons is a “catastrophe." He appointed a former state lawmaker to temporarily lead the Department of Corrections, and he appointed a group to do a nationwide search for a new commissioner.

Reeves also said the Mississippi Bureau of Investigation will assign an officer to the Mississippi State Penitentiary at Parchman to uncover any criminal activity connected to the violence.