A suspected arsonist was arrested after authorities say he traveled from Missouri to California to set more than a dozen wildfires before attending his 50th high school reunion, a newspaper reported Saturday.

Freddie Owen Graham, 68, is charged with 13 counts of arson and two special counts of arson during a declared state of emergency. According to The San Jose Mercury News, prosecutors say Graham set 13 fires over the course of two days, which burned 128 acres in the rugged terrain in the hills near Milpitas, Calif. The fires were dubbed the Reservoir Fire due to their proximity to the Calaveras Reservoir north of San Jose. 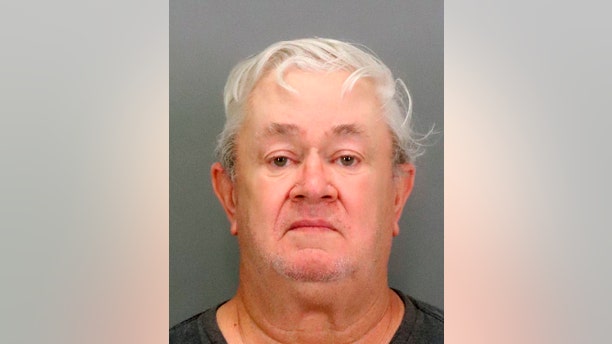 The fires caused no injuries or structural damage, but dozens of firefighters using aircraft, bulldozers and other equipment spent hours extinguishing the flames.

A former classmate told The Mercury News that Graham seemed to enjoy himself at the Sept. 21 reunion.

“He was excited to come," said Rich Santoro. "I talked to him five or six times during the night. He was happy he was there. He told me, 'I didn't expect to have this much fun.'"

"It turns out he had already set the fires."

After his arrest at the airport in San Jose, Graham told officers he was in an “emotional” state over the loss of his wife in 2018 when he tossed flaming pieces of paper onto the side of a road. Someone witnessed Graham’s actions, wrote down his rental car license plate number and notified firefighters. Graham had swapped out the rental car seen by the witness, but he was arrested as he returned his second rental car at the airport.

Graham was ordered held on $2 million bail and is set to appear in court Monday. If convicted, he could face up to 22 years in prison, according to CBS San Francisco.