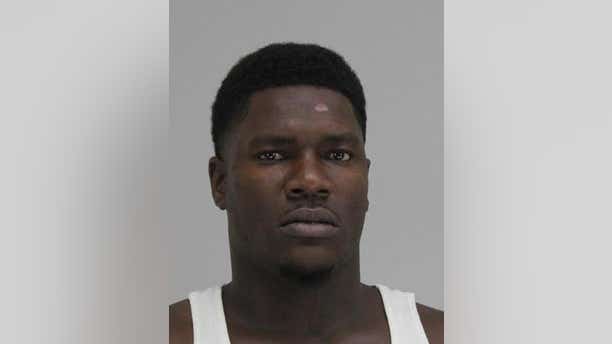 Edward Thomas, 29, was arrested late Sunday for his alleged role in an attack on a transgender woman.

Authorities in Texas late Sunday said the man accused of brutally beating a transgender woman in an attack in broad daylight that was captured on cellphone video has been arrested.

Edward Thomas, 29, was nabbed at 9:30 p.m. on Sunday over “his role in the aggravated assault,” The Dallas Morning News reported, citing police.'

Authorities said the woman reported the assault while receiving hospital treatment Friday night. She told officers the attack happened earlier Friday after she was involved in a minor traffic accident near an apartment complex in the southern part of Dallas, according to the police statement released Saturday.

A purported video of the attack posted on Facebook shows a man in a white shirt viciously beating the woman, apparently into unconsciousness, while the crowd looks on and homophobic slurs are shouted.

Dallas Mayor Mike Rawlings said he is "extremely angry about what appears to be mob violence against this woman" and that those responsible do not represent how most residents feel about the city's "thriving LGBTQ community."