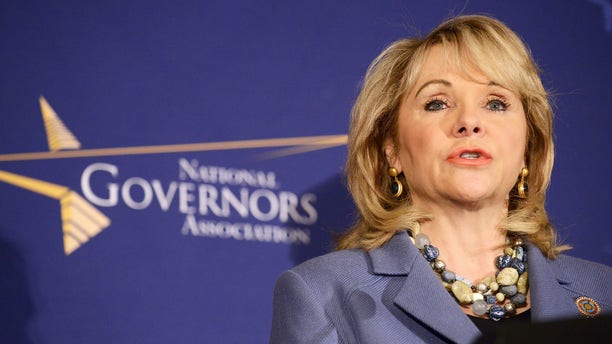 "Teachers want more," Oklahoma Gov. Mary Fallin says of demands for more education spending. "But it's kind of like a teenager wanting a better car."

"Teachers want more," Fallin told CBS News in an interview. "But it's kind of like a teenager wanting a better car."

Fallin, a Republican, signed a measure last week raising teachers’ salaries by about $6,100 per year, while increasing school funds by $50 million – roughly 20 percent of what educators were seeking.

On Tuesday, Fallin followed up by signing a measure to raise the wages of school support staff, such as janitors and teaching aides, by $1,250.

“I’m pleased to sign this bill that provides a significant increase in spending for our public school system,” Fallin said, according to Fox 25 in Oklahoma City. “I’m hoping this additional funding will result in improved K-12 public school results. Our job as a state is to empower our students, parents and teachers to succeed by setting the bar high and challenging each other to succeed."

"Our job as a state is to empower our students, parents and teachers to succeed by setting the bar high and challenging each other to succeed."

Strikes began Monday, as hundreds of Oklahoma schools closed, with many public schools expecting to remain shut for the rest of the week, the Oklahoman reported.

In Kentucky, thousands of educators marched to the state Capitol of Frankfort on Monday to rally for additional funding. Last week, hundreds of Kentucky educators called out sick to protest the state’s last-minute changes to their pension system, which passed the Republican-controlled Kentucky Legislature and would change the pension plan for new teachers, the Louisville Courier-Journal reported.

Last week at the Arizona state Capitol in Phoenix, teachers demanded a 20 percent increase in wages, the Arizona Republic reported.