Why there is no national domestic assault offender registry – yet

It was a murder so brutal – and one that continues to haunt law enforcement in the quiet community of Osceola County, Florida.

The dismembered body of mom Nicole Montalvo, 33, was discovered in late October, her death alleged to have been at the hands of her estranged husband, Christopher Otero-Rivera, 31, with aide from numerous family members.

Montalvo’s death happened despite Otero-Rivera being on probation from a former horrific assault against her, and it was hardly the first time the mother of an eight-year-old son had sought protection – first filing for a restraining order in June 2016. 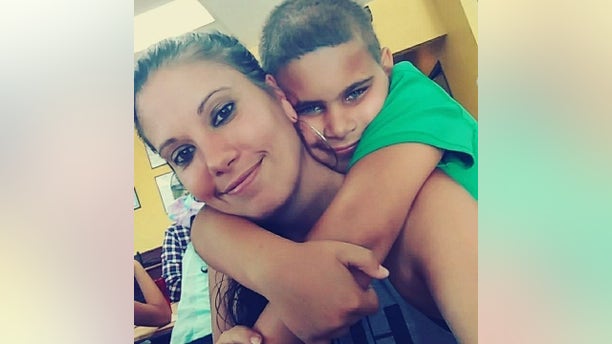 Nicole Montalvo with her son Elijah, before her brutal murder in Florida in October (Osceola County Police Department)

For those like Gibson, who are tasked with safeguarding the most vulnerable in the community, it has raised the question as to what more the justice system should and could be doing to support victims of domestic violence.

Namely, why there has been little headway made to establish a national registry for those convicted of domestic violence crimes – similar to the SORNA registry, which has three tiers publicly listing sex offenders.

“In the year 2019, why don’t we have this in place? We must change that,” Osceola County Sheriff Russ Gibson told Fox News. “I can’t see any cons in regards to a registry. Information is powerful. If you armed with information that this person has been convicted of domestic violence, you can stay away from that. Being aware of a persons’ violent or abusive background can absolutely save your life.” 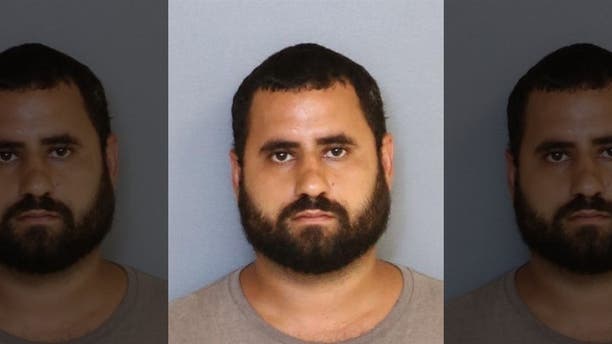 Montalvo’s estranged husband (pictured) and the father of their son, Christopher Otero-Rivera, 31, and his father Angel Luis Rivera, 63, are suspects in Montalvo's murder. (Osceola Police Department)

Gibson noted that in recent weeks, he has been meeting with local and state representatives, as well as a Florida Senator, to discuss initiating a task force which “could lead to a statewide task force with a domestic violence registry” for at least the state of Florida.

But past statewide efforts have fallen flat. In 2013, the Texas House of Representatives was the first in the country to pass a bill to form a domestic violence offender registry. But to-date it has not moved forward. For the past eight years, lawmakers in New York have been purporting to develop something similar under the name “Brittany’s Law.” However, the law continually stalls in the State Assembly. 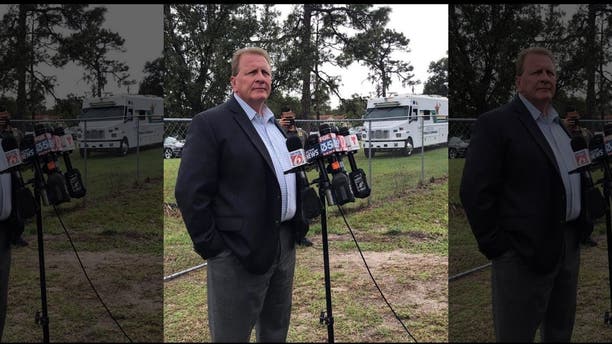 Nonetheless, grassroots organizations are once again getting behind a push for a national registry with a renewed vigor.

One such outfit is the Tina Stewart Foundation, named in honor of the daycare teacher and mother of two who was fatally beaten by her ex-boyfriend in Washington state on Thanksgiving two years ago.

“I am a domestic violence survivor myself. I can’t tell you how frustrating it is after months and months of reaching out to senators and state representatives, and in some cases, not even receiving a return email to read in the news that a federal law has been approved unanimously for animal abusers,” the foundation’s Chief Information Officer, Allyson Hottinger, said in reference to the newly-inked law that makes certain acts of animal cruelty a federal felony. “We love animals, but we were all disappointed to hear the federal bill for animal abuse while we have been ignored. Men and women have the right to know if they are dating someone that has a past with violence or domestic abuse. It would save lives. It would have saved Tina’s life.” 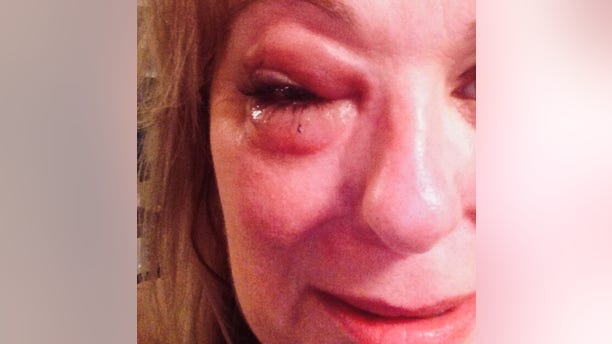 Operating under the #TeamTina banner, the organization has representatives in all states working on drumming up support for a federal bill. Many have been through the hell of domestic violence themselves, making it through – and vowed to ensure that no other person will suffer at the wrath of their former abuser.

“Everything was great for about nine months. In that time, we did a lot of things as a family,” Danielle, a pseudonym for a 40-year-old mother-of-two told Fox News, reflecting on the relationship with a man she met through an online dating site in the summer of 2015. “He was charming, hard-worker, so affectionate and loving, and our relationship quickly evolved. He had a nanny Sarah who lived a huge suite attached to the home. But I started to notice she had bruises on her.” 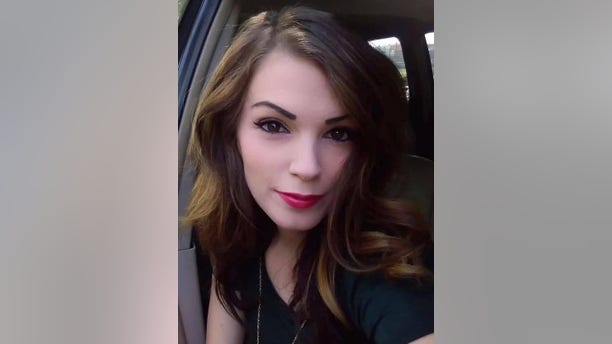 Tina Stewart was a daycare teacher and mother of two who was fatally beaten by her ex-boyfriend in Washington state on Thanksgiving two years ago. (Courtesy Tina Stewart Foundation)

As time dragged on, Danielle also bore the brunt of her boyfriend Scott’s abuse and knife threats, learning that Sarah was not the nanny but another girlfriend. The cycle of more women falling victim to the abuse and power plays came to fruition.

“I am a strong advocate for the registry because, in my case, this man has a long, violent history and is a repeat offender that will continue to manipulate and abuse women unless they are made aware of his history,” Danielle continued. “I still fear for my life every day.”

For Ohio-based survivor Tawni, 48, it’s a nightmare that never ends.

“A friend of 16 plus years was in need of home health care. Suddenly, everything took a very dark, sadistic turn,” she recalled of her ordeal in 2016. “He wanted more than just care services as I refused. He locked me in his basement, and it was three months before I was able to escape that house of horror.”

It was only during the trial that she learned the abuser had been convicted of domestic violence in another county.

“He served no time in jail, less than a year of unsupervised probation,” Tawni said. “Six months after his conviction, he was back in jail for sexually assaulting another woman he lured in from another city.” 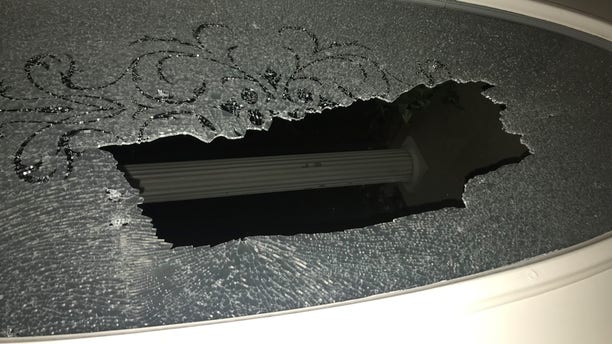 The bill that Hottinger and her team are proposing to lawmakers’ centers on three levels. Level one would be attributed to those deemed a first-time offender, and removed after five years. The second level is for offenders convicted of a violent crime or a second offense and would remain on the registry for at least a decade. And the third level is for those convicted three times, and twice or more in five years. Their names would remain on the registry for life.

According to the National Coalition Against Domestic Violence (NCADV) an average of 20 people experience intimate partner violence every minute in the U.S. alone, which equates to more than 10 million abuse victims annually. It accounts for 15 percent of all violent crime and is most common against women between the ages of 18 to 2. The statistics also underscore that one in three female murder victims and one in 20 male murder victims are killed by their intimate partners, with 72 percent of all murder-suicides perpetrated by private partners. Ninety-four percent of all murder-suicide victims are female.

And the economic impact of domestic violence is staggering.

As it stands, there is one non-government organization that has set up a database that they call the National Domestic Violence Registry, but it is privately run and funded. It lists the names of those offenders “who have been adjudicated as guilty in the court of law” and claims to verify all submissions and documents sent in.

“They ask for a $10 donation if you seek to add someone’s name to the database. Several states have considered legislation that would mandate registration, but the efforts have not gained traction largely because there is considerable opposition – much of which comes from the groups advocating on behalf of domestic violence victims,” explained Cheryl Bader, a Fordham Law School Professor. “The biggest concern is for victim privacy. Since domestic violence, by nature, takes place within the family and intimate partner relationships, by revealing the identity of the perpetrator the database will also likely reveal the identity of the victim."

Indeed, the quest for such a registry is considered by many industry experts to be more of a hindrance than a help.

“The issue comes up nearly every legislative session. Well-meaning legislators and constituents around the country propose creating a state or national registry that lists domestic violence offenders,” said Corbin Streett, a technology safety specialist with the National Network to End Domestic Violence. “But there are many unintended consequences that would actually end up harming survivors and giving a false sense of security to potential victims who look at the registry, thinking it will help them avoid getting into a relationship with an abuser.”

Streett pointed out that only a small number of domestic violence offenders are ever arrested, and many victims simply don’t call for help because they are scared of retaliation. Even if they do, such a small number is subsequently convicted.

“We are also concerned about the impact a registry will have on victims reporting violence. Victims are already hesitant to report domestic violence, worried about the violent retaliation that will come after. If the abuser knows their name will be posted on a registry, it doesn’t make them less likely to abuse; it makes them more likely to try to scare a victim into not reporting,” she continued. “There are also major privacy implications, including potential discrimination against victims that can occur with a registry. When an abuser’s name ends up on a list, it’s not just the abuser who will be outed, but their victims as well.” 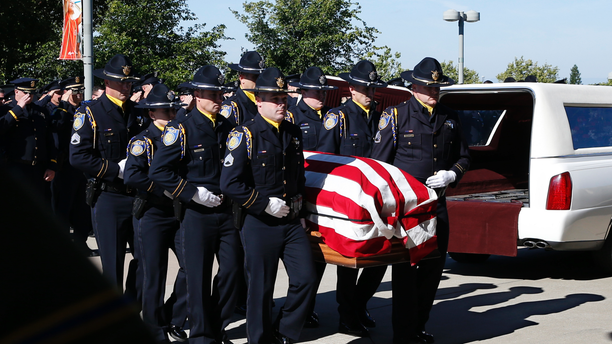 The flag-draped casket of Sacramento Police Officer Tara O'Sullivan is carried into the Bayside Adventure Church for memorial services in Roseville, Calif., Thursday, June 27, 2019. O'Sullivan was shot and killed responding to a domestic violence call. (AP)

Rachel Louise Snyder, author of” No Visible Bruises: What We Don’t Know About Domestic Violence Can Kill Us,” concurred that “there is already so much stigma and shame around domestic violence that a registry doesn’t add to the solution, but may as well exacerbate the problem.”

“Imagine an abuser getting put on a registry, and then retaliating toward the person who put him or her there? I would rather see those resources put toward interventions, like non-incarceration programs that have restorative justice at their core.”

The Department of Justice’s Office on Violence Against Women declined to comment on the matter. But according to Buck Blodgett, founder of the LOVE>hate Project, focused on eliminating all forms of violence and abuse, the most pressing change to pull the reigns on domestic violence lies in creating a culture of fostering dialogue and a safe place for victims to speak out.

“Most victims live alone with their dark secret forever. It will haunt them, hurt them, erode their faith in humanity, render some suicidal or depressed, kill their happiness and self-esteem. But our core message is this: it’s okay to talk about it,” he added. “We must bring darkness to the light of day if we are to transform it.”