More than 3,000 cases of beer stolen from Atlanta brewery 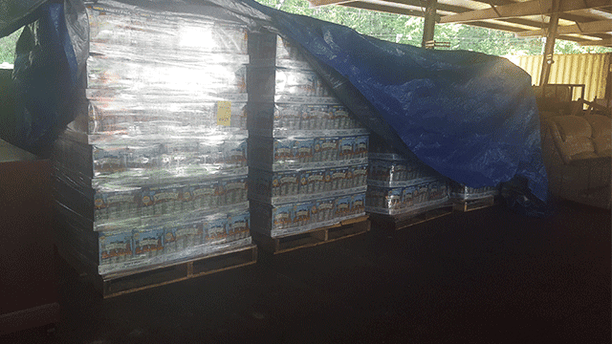 SweetWater Brewing Co. said the trailers had been loaded for an early morning pickup when they were taken from the company's plant north of downtown. The two trailers carried 3,272 cases altogether -- or more than 78,500 bottles -- of SweetWater's Summer Variety Pack, company spokeswoman.

Both trailers were located with the help of GPS later Tuesday. However, the beer was gone.

By Tuesday afternoon, about one-fourth of the stolen beer was found at a warehouse in Clayton County just south of Atlanta, spokeswoman Tucker Berta Sarkisian said. But Sweetwater marketing director Steve Farace told the Associated Press "we can no longer trust that that beer would be up to the quality standards that we as a brewery maintain, so unfortunately we have to destroy it all."

"For a small company like us to lose that much beer, it really hurts," Farace added.

The warehouse where the beer was found isn't far from some of the locations where the 1977 movie Smokey and the Bandit was filmed. In the movie, Coors Beer is hauled across the South with a sheriff in hot pursuit. Those similarities have led to plenty of jokes inspired by the movie since word of the crime spread through the SweetWater plant, Farace said.

But it's not generating many laughs at the company.

The timing of the heist is unfortunate, because one of the beers in the Variety Packs contained the company's "Goin' Coastal," a pineapple-flavored IPA which has been in extremely short supply.

"This has pretty much wiped out our Atlanta inventory" for that particular beer, Sarkisian said.

The company is asking retailers to contact them if someone other than the company attempts to sell the beer, which has expiration dates of Sept. 20 or Sept. 21.