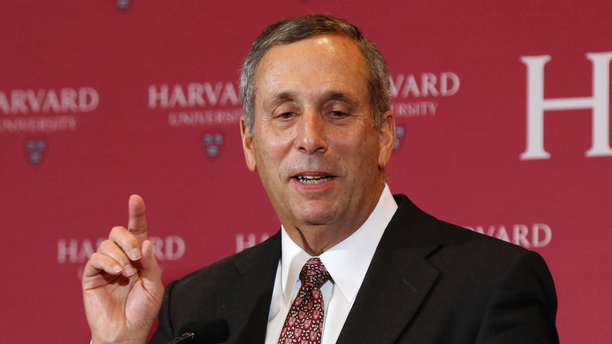 Bacow served as president of Tufts University for a decade and is currently a leader-in-residence at the Harvard Kennedy School of Government's Center for Public Leadership.

He will take over from Drew Faust, 70, who has served in the post for more than a decade as Harvard's first female president. Bacow assumes the office July 1, when Faust steps down.

Before becoming president of Tufts, Bacow spent 24 years on the faculty of the Massachusetts Institute of Technology, where he served as chancellor, chair of the faculty.

Bacow's appointment became official on Sunday after he was elected by the Harvard Corporation.

Bacow said he sees his new post as president as an opportunity to serve.

Bacow said he also plans to continue to work to protect students at Harvard who were brought to the country as children and living here illegally.

"We have to do everything we can to protect and support those students who are here, who know no other country," he said, pointing to his family history.

The 66-year-old is a native of Pontiac, Michigan, and son of immigrants — his father was a refugee from the pogroms of Eastern Europe and his mother was a survivor of Auschwitz who arrived in the United States after World War II at the age of 19, the only surviving Jewish member of her town.

Bacow attended college at MIT and earned three degrees from Harvard. His interests range from environmental policy and bargaining and negotiation to economics, law and public policy

He also is a recognized expert on the resolution of environmental disputes, and more recently has turned his academic focus to issues facing higher education.

He said Bacow will face opportunities and challenges, particularly at a time "when the singular value of higher education and university research has too often been challenged and called into doubt."

Faust said she could not be happier leaving Harvard in Bacow's hands, saying he will bring "a clear-eyed perspective to the challenges higher education faces at this moment, and a deep devotion to addressing them in the effort to broaden opportunity for all."

Lee said the names of more than 700 people were suggested as possible candidates for president. He said the committee consulted with a range of individuals — including faculty, students, staff and alumni — before making a final decision.