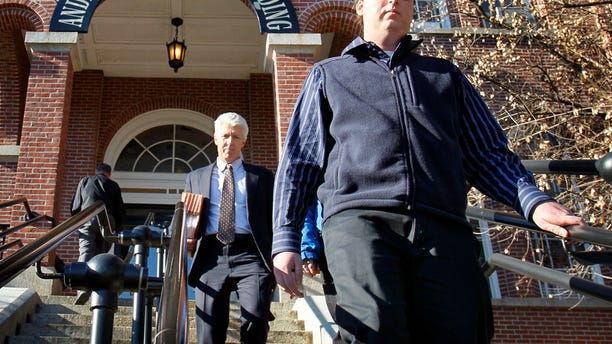 A man who accused former Syracuse University assistant basketball coach Bernie Fine of molesting him admitted Monday that he sexually abused a boy in Maine.

Zach Tomaselli, of Lewiston, told The Associated Press that he sexually abused the boy when the victim was 13 and 14 years old. Tomaselli said he knew the boy and worked as a counselor at a camp the boy attended.

Now that he's getting counseling, Tomaselli said he understands that he was subconsciously grooming the boy for a relationship, as is often the case with pedophiles. He said he's glad that he was caught before the abuse became worse, so that he can get help.

"The only thing that transpired was the same stuff that happened to me," Tomaselli said of his relationship with the teenage boy in Maine. "This kid has been through a lot because of the way I controlled him and abused him.

Tomaselli has pleaded not guilty to 11 charges including gross sexual assault, tampering with a victim and unlawful sexual contact.

But he said he anticipates that he'll plead guilty in Superior Court and that a plea bargain is in the works. The plea bargain calls for him to serve three years, or perhaps less, in prison and to register as a sex offender for life, he said.

"I don't really see any other way at this point," he said.

Tomaselli's lawyer went to court last week seeking to suppress his confession to police. Defense lawyer Justin Leary said the confession was coerced by a detective after a lengthy interview, and the judge hadn't ruled on the motion as of Monday.

On Monday, Tomaselli said he was "sick of hiding behind my attorney."

Leary declined comment Monday evening on his client's comments to the AP.

Tomaselli also has said that he was abused by his father, Fred Tomaselli, and that he went to police about it in June in upstate New York. No charges were filed, and Fred Tomaselli said the allegations were "totally unfounded."

On Monday, Zach Tomaselli said he's taking responsibility and doesn't want to blame Fine or his father for his actions in Lewiston, where he lives with his grandmother.

Tomaselli said he and the victim disagree on some details but most of the accusations were true. He said he fondled the boy once when the boy was 13 and a couple more times when he was 14.

"Pretty much everything he said is absolutely right," Tomaselli said.

Tomaselli said the relationship was consensual and there were no threats.

He acknowledged, however, that he created a fake Facebook account to manipulate the victim and that he even allowed the victim to believe the Facebook friend died of cancer. He said his judgment was hampered by a powerful narcotic, Oxycodone, which he said he was taking for severe headaches.