By , DON BABWIN and RYAN NAKASHIMA 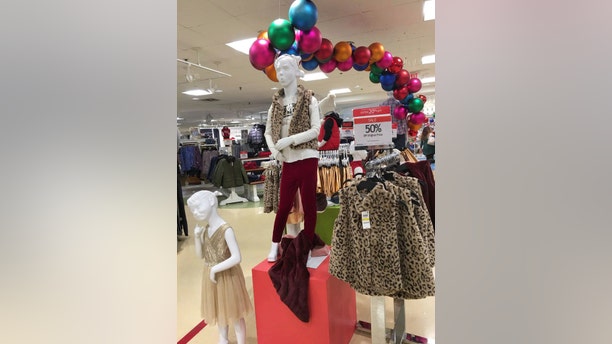 The driest Thanksgiving weekend in five years may have helped holiday shopping, despite an overall decline in foot traffic. But some shoppers just took notes in the hopes of finding an even better deal online.

That's a consequence of Amazon continuing to squeeze prices, exacerbating the "showrooming" practice of people getting ideas at brick-and-mortar stores, then buying online.

Heather Just and husband Dominic of Rockford, Illinois, brought their twin 11-year-old boys and 13-year-old son to the giant Water Tower Place on Chicago's Magnificent Mile on Saturday to see "what their eyes get big about."

The excursion was more recon mission than shopping spree. "We're watching, we're watching," she told her sons, who focused their attention on a Nintendo Switch portable game console.

Amazon continues to beat prices at other retailers in many cases, according to marketing technology company Boomerang Commerce.

For example, it pointed out that Amazon cut prices on Beats Solo 3 wireless headphones. The Associated Press found them on Amazon selling for $200, $10 below BestBuy.com, and $40 below the Black Friday deal at Target.

But Walmart isn't far behind in high-tech price matching. Following its purchase of Jet.com last year for $3.3 billion, the company can now quickly ratchet prices down on popular items using machine-learning algorithms, while maintaining profit margins on lesser-trafficked items.

The technology has set up Walmart and Amazon for a "clash of the titans" in online sales where consumer perceptions of prices are formed, according to Boomerang's vice president of marketing, Gary Liu.

"You can't compete in the same way you did before," Liu said.

Steve Hagan, a general contractor from Richmond, Kentucky, said his 9-year-old son, Luke, and 8-year-old daughter, Lauren, used their own money and gift cards to buy toys on a Chicago shopping trip from the Star Wars and Bitty Baby brands. But he was keeping track of where Santa could digitally fill in the blanks.

"That baby doll may need some accessories and I had to ask Luke which Star Wars character he was getting and which one he already has," said Hagan, adding that he'll shop online later. "I'm taking notes."

Lisa Stripling, of South Bend, Indiana, said her goal was to see what her 3 1/2-year-old grandson Max liked and buy it online.

"I used to do most of my shopping in stores and now it's 75 percent online and 25 percent in the stores," she said.

Rainfall from Thanksgiving through the weekend was the lowest since 2013, and snowfall was the lowest in over 20 years, boosting foot traffic to malls and restaurants, according to weather analytics firm Planalytics.

Cold, dry conditions in the populous northeast bolstered the holiday shopping spirit, because it "drives more people to apparel" as they bundle up, according to Planalytics president Scott Bernhardt.

Nationally, it was the warmest Black Friday weekend since 2001.

Despite the favorable conditions, foot traffic to stores nationwide for the Thanksgiving Day through Saturday fell 3.1 percent from a year ago, according to store visitation tracker RetailNext Inc. It partly blamed the creep of sales events into the first week of November for the decline, though foot traffic has fallen four years in a row.

Daniel Ives, head of technology research for GBH Insights, said Amazon was posting stronger-than-expected sales, and at this pace, it could beat fourth-quarter sales estimates by 5 percent.

Jon Abt, co-president of Glenview, Illinois-based Abt Electronics, said sales from Friday through Sunday were up about 14 percent from a year ago, driven by higher-priced TVs from LG and Sony, video game consoles such as Sony's PS4 and Microsoft's Xbox One S and smart speakers from Amazon, Google and Sonos.

A few management decisions have kept the 81-year-old single-location retailer thriving: Abt shuns doorbuster specials with limited-supply items that can run out and disappoint shoppers. It also has resisted the creep of sales starting earlier and earlier (the store is closed Thanksgiving Day).

And Abt says the store has more than 100 terminals to let people price-shop as much as they like, which the store will match.

"We invite people to use the internet if they want to," Abt said. "If they're not going to do it in here, they're doing it at home."