A proposal that would let students in Delaware as young as 5 choose their own race and gender-identity – without approval from their parents – has sparked a bitter battle in the First State.

Under Regulation 225, schools would be required to provide access to facilities and activities that are consistent with a student's gender identity—regardless of the child's sex at birth. That includes bathrooms, locker rooms, team sports and adhering to the child's preferred name. Under the proposal, students could also choose their own race.

What has rankled some parents is that the new regulation does not require schools to inform parents of the child’s decision. Instead, the policy advises administrators to assess the child’s well-being before disclosing the information to the child’s parents.

While a growing number of states are imposing rules to protect transgender students, Delaware’s proposed rules go further – letting a child decide, even if the parent disagrees with the decision.

"The regulation isn't about keeping a secret, it's about what's in the best interest of the child," said Mark Purpura, president of Equality Delaware. "The reality is there are children living in fear who do not feel comfortable coming out to their parents as gay or transgender." 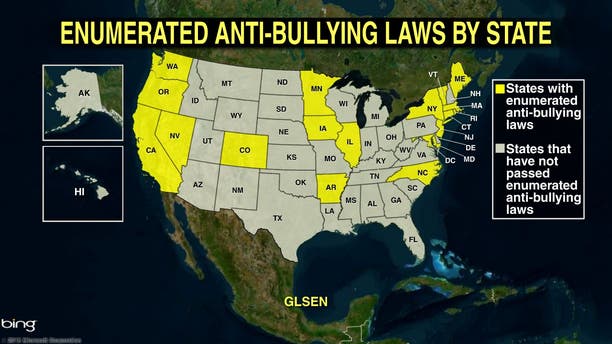 States that have some protections for harassment and/or bullying of students based on sexual orientation and gender identity. (Human Rights Campaign)

But some say this is yet another example of government overreach. They say parents should be involved in making such a critical decision involving their children.

"I would be livid if the school allowed my daughter to make such a significant decision without me," said Terri Hodges, president of the Delaware PTA and committee member.

Hodges said she does not oppose the regulation but feels that alienating parents is not the right way to carry it out.

"I want to protect children,” she said, “but we can't pick and choose when to engage parents."

The state's proposal drew more than 11,000 public comments in the form of letters, emails and online submissions— the majority opposing the new rule.

If approved, the regulation would protect 19 characteristics—protections that expert David Cohen, professor of law at Drexel University, said are not represented in the current federal anti-discrimination policy.

"Title IX does not explicitly cover gender,” said Cohen. “All it talks about is sex discrimination – and not every court, administrator or administration interprets gender identity as sex." 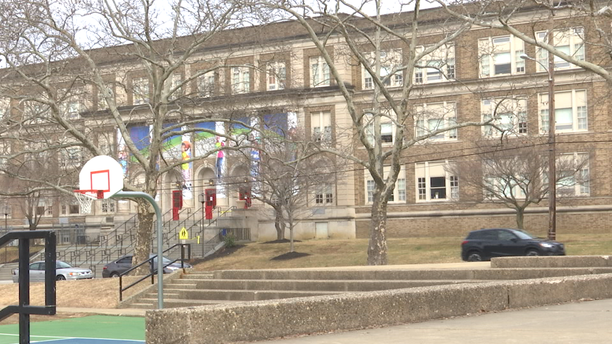 Governor John Carney's office released the following statement: "This regulation is about providing guidance that will help school districts ensure that all children feel safe and comfortable at school. It was drafted by a development team that included parents, educators, school district leaders, students, and school board members from across the state."

Delaware's governor, John Carney, felt strongly that more could be done to protect students from bullying and discrimination, and in 2017 urged the DDOE to enact a policy.

But last month at the committee’s final public meeting, a crowd of more than 250 people packed the auditorium of Delaware Technical Community College to express their opposition.

Delaware State Rep. Rich Collins, R-Millsboro, said the proposed regulation is onerous, excessive and confusing. He said the current anti-discrimination policy is concise and efficient, and replacing it with a multi-page regulation is a distraction.

"This is taking our eye off the ball," Collins said. "We have one school that has a 3-percent math proficiency and there are issues educating our kids [across the state]."

But Andrea Rashbaum, a parent of a transgender child, said parents can't expect a child to learn if they don't feel safe. 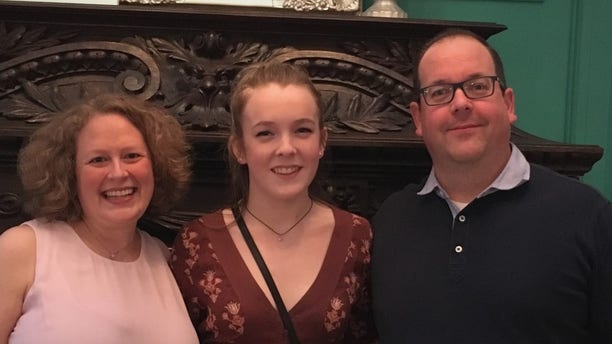 Andrea Rashbaum with her daughter, Maddie, and her husband.

"We have to take these worries off their plates," Rashbaum said. "Similar to how hungry children can't perform, a child who feels unheard and misunderstood can't focus on reading or math scores."

Rashbaum believes that a state regulation would put every child on an even playing field.

"Right now gender and race identification are handled on a school-by-school basis," Rashbaum said. "One school will help a child grow to have dignity and the other less educated school [in the same district] can squash a child's self-worth."

If approved, Delaware would be among 18 states and the District of Columbia who have implemented anti-harassment regulations based on gender identification and sexual orientation.

Delaware is one of the first states to draft a proposal to explicitly acknowledge gender identification in schools as a protected characteristic, and violators – it’s unclear if would target teachers or administrators – could be prosecuted.

After a public hearing period, the Department of Education will approve or deny the regulation.