United kicked off woman traveling to see her dying mother: 'Nobody flies for free' 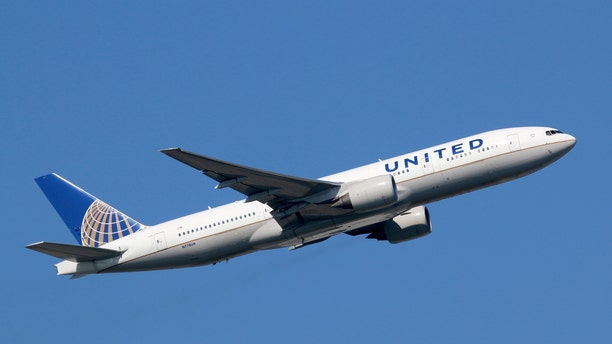 United Airlines has apologized to the passenger involved and given her a $500 travel voucher. (iStock)

A woman flying from Pueblo, Colo., to visit her dying mother one last time in Minnesota was removed from the plane over a ticketing issue.

Carrol Amrich was sitting on a United Airlines flight, waiting for the plane to take off when she says a flight attendant approached her and told her she had to leave.

Amrich was informed that her ticket had been canceled and she was escorted off the plane. Amrich pleaded with the attendants to let her stay on the plane, but she was allegedly told, “nobody flies for free,” The New York Times reported.

Once back in the terminal, Amrich called her landlord, Ms. Prelas, who had purchased the ticket for her because Amrich did not have the money for the last minute flight.

“I said: ‘Take my credit card. We’ll straighten this out later, but get her on that plane,’” Ms. Prelas said to The New York Times. The agent denied her request. United claims because the flight had already left by then.

Desperate, Amrich jumped in her car to drive to Minnesota. She traveled through the night, not even stopping to use the bathroom, she told the Times, but she didn’t make it in time. Her mother had died.

“I drove 1,000 miles, and she was gone before I got here,” she said to the Times. “I never stopped to rest. I went straight through. And she was gone.”

“I cried the whole way from Pueblo,” Amrich said. “I’ve been awake for two days. I haven’t had anything to eat in two days.”

Amrich had learned her mother was ill when she approached her landlord for help purchasing a plane ticket to visit her. Prelas bought the ticket through Traveler Help Desk, an online agency.

Later, Amrich was told her mother was experiencing heart failure and would likely not live through the night. Prelas called United directly and changed the ticket to an earlier flight – an action which Traveler Help Desk claims prompted the ticket cancelation.

Prelas claims United Airlines told her she could make the change through the airline directly and not through Traveler Help Desk.

Carolyn Gallant, a customer service supervisor at Traveler Help Desk told the Times that they had no way of knowing her ticket had been changed and voided it to help guard against fraud. Gallant claims they reached out to her “numerous times” after the change appeared in the system.

The ticket was canceled and refunded.

“I am just so sorry for Ms. Amrich’s loss,” wrote Gallant in an email to the Times. “It is tragic. I understand it was unfortunate the ticket ended up voided. Had she contacted us directly to make the change, this all would have been avoided.”

A United representative reportedly reached out to Prelas to ask where they could send flowers.

“What are the flowers going to do?” she said. “You took away from her that she might have been able to see her mother alive. If I’d have been at that gate, I would have done everything in my power to get her back on that plane.”

United Airlines has reportedly referred questions regarding the incident to Traveler Help Desk, and offered its condolences to Amrich for the situation.

United Airlines has come under public scrutiny for its seat policies recently when a woman claimed the airline bumped her first class seat for a congresswoman.

United Airlines released a statement that it was changing its seat policy and that crew would no longer be able to displace customers already onboard the plane after the violent removal of Dr. David Dao went viral.