Top US landmarks, according to TripAdvisor

The U.S. has a wealth of iconic landmarks -- man-made monuments of such jaw-dropping beauty that it is hard to decide which one is the best.

Now TripAdvisor answers that question with its ranking of America’s most iconic landmarks.

The Travellers' Choice Attraction awards, announced Tuesday, picks the top travel spots in the U.S. and worldwide based on the millions of reviews and opinions from TripAdvisor travelers. Award winners were determined using an algorithm that took into account the quantity and quality of reviews for landmark and park attractions worldwide, gathered over a 12-month period.

The travel review website's ranking of world landmarks includes numerous religious sites, including Sheikh Zayed Grand Mosque in Abu Dhabi, U.A.E.; the Great Cathedral and Mosque in Cordoba, Spain; St. Peter's Basilica in Vatican City and Bayon Temple at Siem Reap, Cambodia, while many of the U.S. landmarks honor those who served in battle.

For the complete list of winners from the 2014 Travelers’ Choice Attractions. 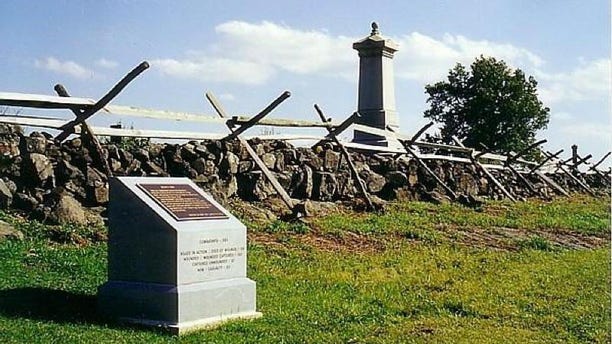 Visiting Gettysburg should be a requirement for every American. A trip to the park allows visitors to walk in the Soldiers' National Cemetery, where President Abraham Lincoln delivered his famous Gettysburg Address. For visitors wishing a personalized tour, the Licensed Battlefield Guide service is a great way to see and understand the battlefield. The tours are given from the comfort of your own vehicle as personal tour guides are assigned to lead you and your family around the park. See here for more information. 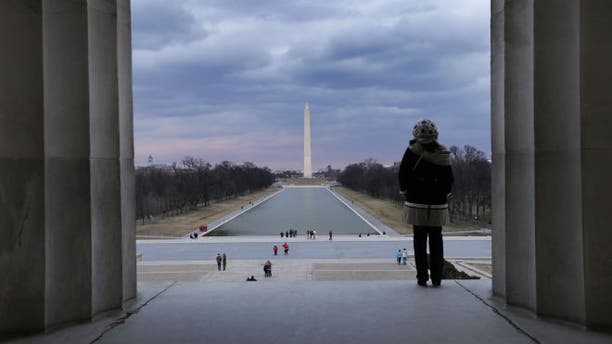 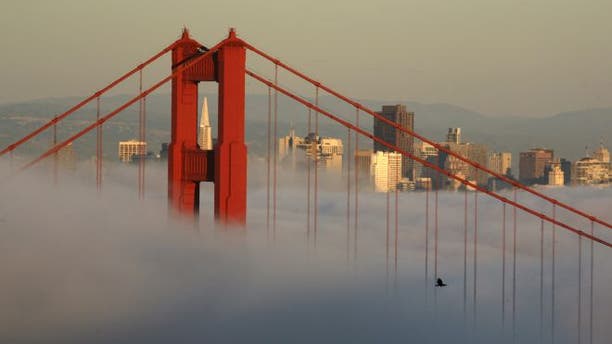 Opened in 1937, the Golden Gate Bridge is one of the Seven Wonders of the Modern World. The bridge is named for the strait of the Golden Gate, which runs for about 2 miles, from San Francisco to the Marin headlands peninsula. The suspended roadway is supported by two cables, each more than 7,000 feet in length and both containing 80,000 miles of wire. You may want to consider taking a tour of the bridge. This year’s tour season runs from April 1 to Oct. 6. 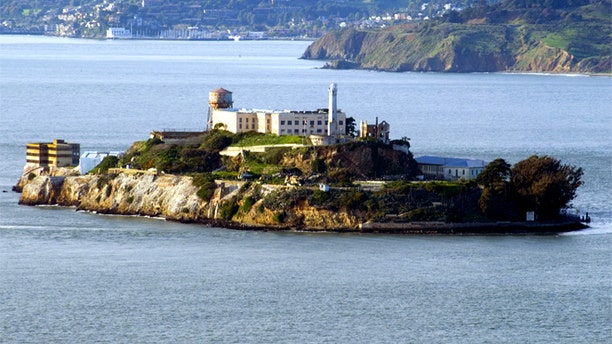 Alcatraz Island and Prison is one of San Francisco's most popular and iconic attractions. Located in the San Francisco Bay 1.5 miles offshore, the prison has held some of the America’s most notorious criminals, including Chicago crime boss Al "Scarface" Capone, kidnapper George "Machine Gun" Kelly and Morton Sobell, the military contractor found guilty of Soviet espionage along with Julius and Ethel Rosenberg. Today, the forbidding maximum-security penitentiary is now a National Park where you can spend the day touring  the cell house where the prisoners lived. 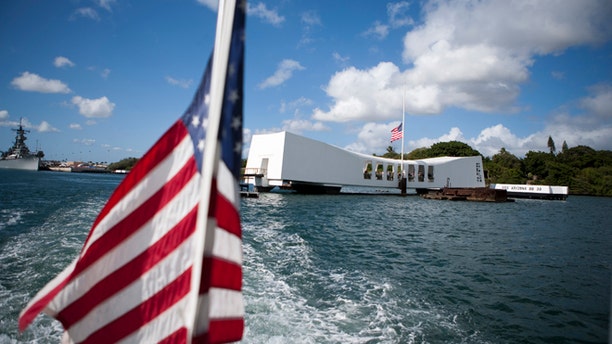 FILE - This Dec. 7, 2011 file photo shows the USS Arizona Memorial in Pearl Harbor, Hawaii. This popular site at Pearl Harbor is actually a grave, a resting place for crew members who died in the Pearl Harbor attack of Dec. 7, 1941. Visitors can see it on a first-come, first-serve basis, and many do to see a significant piece of history and pay respects to those who died. (AP Photo/Marco Garcia, file) (AP)

This landmark grew out of a national desire to establish some sort of memorial at Pearl Harbor to honor those who died in the attack. The landmark, the USS Arizona, is the final resting place for many of the ship's 1,177 crewmen who lost their lives on December 7, 1941. If you are planning your trip during the busy summer months, make sure to arrive early to the memorial’s visitor center to secure your place in a tour of the ship. You can also book tickets ahead of time online, but keep in mind that there is a $1.50 service fee per person. 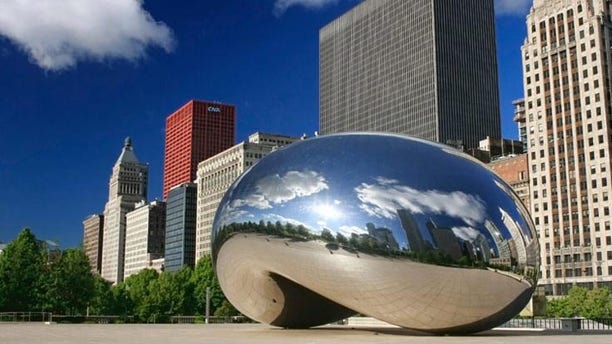 Built between 2004 and 2006, Cloud Gate is a public sculpture designed by the Indian-born British artist Anish Kapoor. The sculpture’s most striking characteristic is the way its surface reflects the Chicago skyline. To see the distorted sky close up, visitors can stand under the sculpture’s 12-foot high arch in its center. 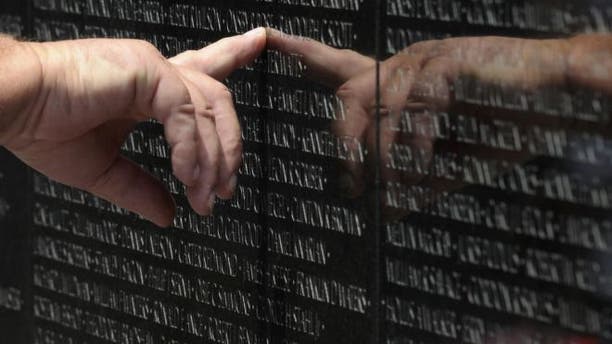 This memorial includes the names of over 58,000 servicemen and women who gave their lives in service in the Vietnam Conflict. The site was designed by a 21-year-old senior at Yale University named Maya Ying Lin. Her design was selected from 1,421 entries that were submitted to the Vietnam Veterans Memorial Fund for consideration. Construction was completed in late October 1982 and the Memorial was dedicated on Nov. 13, 1982. In a hauntingly beautiful tribute, the names on the memorial are arranged chronologically by date of casualty.  According to the National Park Service, “The panels are filled like pages of a journal listing the men and women's names as they fell.” 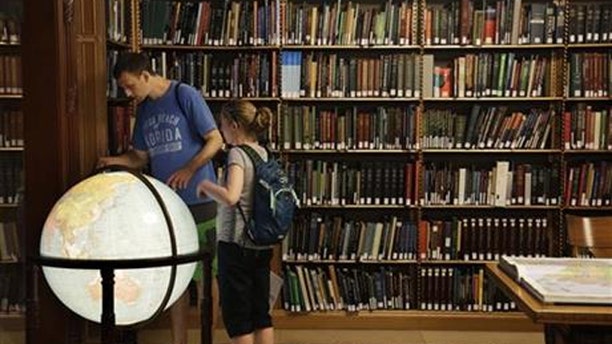 There are more than six million books at The New York Public Library, which since 1911 has loyally been guarded by Patience and Fortitude -- the famous marble lions overlooking Fifth Ave. Don’t miss the Rose Main Reading Room with its lavish, coffered ceiling.  Or take a look at a copy the Declaration of Independence or the Gutenberg Bible.  A free guided tour is the best way to learn more about this majestic, historic place. 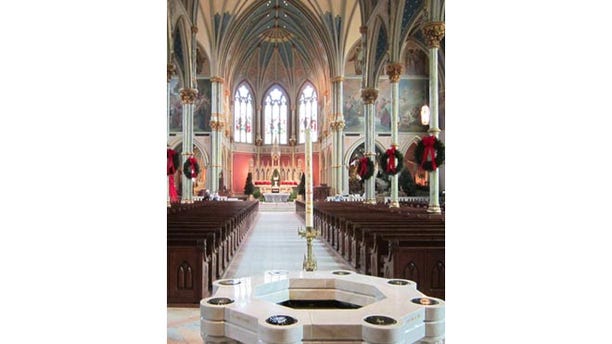 (Cathedral of St. John the Baptist)

Shortly before the end of the 18th century, French Catholic immigrants from Haiti established Savannah’s first parish. They called it the Congrégation de Saint Jean-Baptiste. Now, more than 160 years later, the original cathedral still stands. To attend mass at the Cathedral of St. John the Baptist, see here for the schedule. 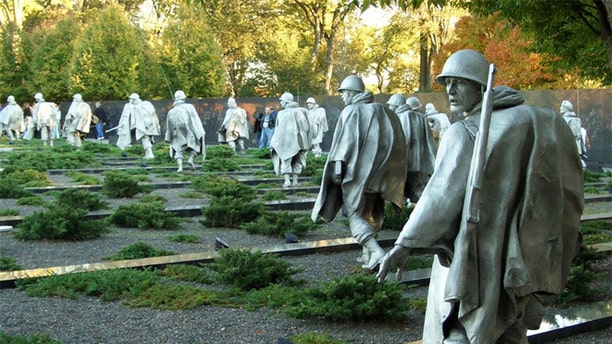 Along the eastern side of the Mall in Washington, D.C. is the Korean War Veterans Memorial that pays tribute to the 1.5 million who served in "The Forgotten War." This site contains 19 stainless-steel statues of soldiers, with battle hardened expressions on their faces, marching toward an American flag. Next to the soldiers is a 164-foot-long granite wall that pays homage to the unnamed troops and a little further down is the "Pool of Remembrance" -- a place for quiet reflection.