Passengers forced to stay overnight inside plane at Indian airport 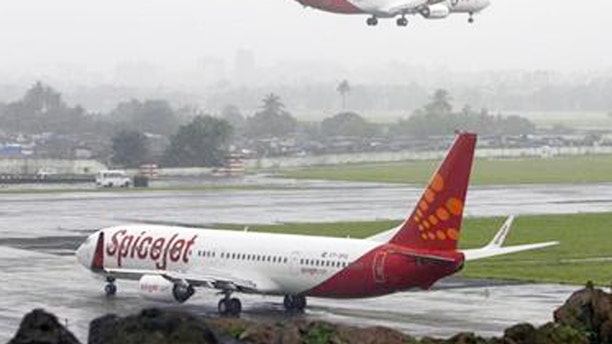 SpiceJet, a low cost carrier based in Gurgaon, India, is the country's fourth largest airline. (Reuters)

Passengers on a SpiceJet flight were forced to spend an entire night stuck in the airplane while it sat on the tarmac of an airport in Nagpur, India.

According to the Times of India, SpiceJet Flight SG487 from Mumbai to Kolkata was forced to make an emergency landing Sunday night at Dr. Babasaheb Ambedkar International Airport in Nagpur due to a technical issue.

Unfortunately for passengers, the Nagpur airport is not on SpiceJet’s regular service list and had no support or ground staff on site when the plane landed. With the mechanic having to be flown to the aircraft’s location, the 190 passengers onboard Flight SG487 were forced to stay inside the plane until the following morning.

On Monday morning, a Spicejet engineer finally arrived at the Nagpur airport, repaired the issue with the plane—which was not identified by the airline—and eventually cleared the aircraft to continue its journey.

The plane departed for Kolkata a short time later with some very disgruntled passengers onboard.

Inside the Wild Lives of TV and Film Shoot Travel Agents

New Hotel Study Shows How Much Visitors Pay for Stays in U.S.