New airline pricing rules: what it means for you 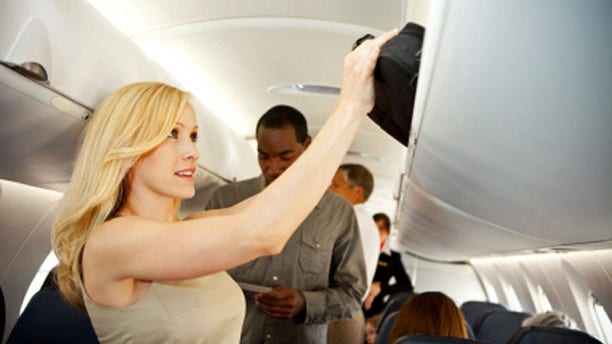 That’s the day that airlines will no longer be able to send you an email with a subject line reading "Europe sale from $169!" or place an ad in your local newspaper with a headline like "Worldwide sale from $59!"

Thanks to new U.S. Department of.Transportation rules, airlines will now have to include "all mandatory taxes and fees in the advertised fare."

So what this really mean to you the consumer? It's still a little unclear.  But this we know for sure.

Instead of that $169 "come on" price to London that's really just the fare one-way, before taxes, government fees, and surcharges kick in, on a ticket that actually requires a round-trip purchase, you'll now see a price more like $900--the full round-trip fare including taxes, fuel surcharges, and government fees. (Theoretically, if a fare can be purchased just one-way you'll see the one-way price including those extras.)

And to make things even more interesting, you may see a range of tax-included fares on the same route, although how this will work is still up in the air.

For instance, a nonstop flight from New York to LA will have a different tax than one connecting in Dallas or one stopping in Salt Lake City. That's because every time a plane lands and takes off, airports add their own fees, which vary from airport to airport.

Only mandatory fees will be included in ads

But you will not see all possible non-mandatory fees, such as checked bag fees, in advertised prices, and this makes sense since you might not be liable for paying these fees at all (if you're not checking bags, for instance, or have premier status in your frequent flyer program). And while it would be great if airlines and online travel agency booking sites allowed you to calculate what your final cost might be if you did check bags, imagine what that process would look like.  The site would have to ask you to weigh your bag (how's that bathroom scale working these days?) since a bag weighing under 50 pounds would cost less than one weighing 52 pounds.

And you'd have to tell the site whether you have an airline credit card that waives your first checked bag fee. And your frequent flyer status. Accomplishing this will keep the airlines' computer programmers busy for months.

But all airlines are now required to have a prominent link from their home pages to a page showing all their optional fees for things like checked bags and change fees.

The other major new rule taking effect, which airlines also won't like, allows consumers to put a fare and a reservation on hold for 24-hours a without paying for it. True, previously you could hold a fare for 24 hours on most airlines (except JetBlue), but you'd have to pay for it first.

Why won't airlines like this? Well, now, as a consumer, I can theoretically book my New York to LA trip on 10 different airlines, holding seats that other consumers won't be able to book. Will this play havoc with the airlines' reservation systems and perhaps mess with their yield management systems (the way they adjust fares as seats on a particular flight sell out)?  Possibly. It may also require them to adjust the way they overbook flights to compensate for no shows (the reason JetBlue never allowed 24-hour holds is that it doesn't intentionally overbook flights).

While the all-in fare advertising rule is a more honest approach, ads with higher fares may discourage consumers from shopping on airline websites. And airlines make the argument that cable TV providers like Time Warner and Verizon, and cell phone carriers such as ATT Wireless, aren't required to show all the taxes and fees in their ads (that $99 per month cable bill, as we all know, really costs something more like $139.50 when the monthly bill comes).

Why are you just picking on us, the airlines wonder. Why isn't Macy's required to include sales tax in their ads? How about those car dealerships?

Well, guys, don't be too surprised if the Federal Communications Commission and Department of Justice aren't watching over the D.O.T.'s shoulder.

George Hobica is a syndicated travel journalist and founder of the low-airfare listing site Airfarewatchdog.com.

George Hobica is a syndicated travel journalist and founder of the low-airfare listing site Airfarewatchdog.com.