Hilltop fortresses, riverfront temples, and pyramids that peek out of steamy jungles: Mexico's landscape is dotted with historical sites that span many centuries. Though many were built by the Mayans and the Aztecs, some were the work of ancient peoples whose secrets have yet to be unlocked. Dive into Mexico's unique history by checking out our picks for the country's 10 best archaeological treasures. 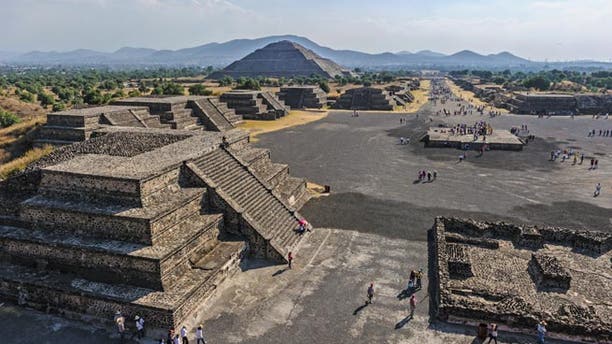 Where: Near Mexico City

Nearly as wide at the base as the Great Pyramid of Giza, Teotihuacan's neatly stepped Pyramid of the Sun rises majestically from the plains northeast of present-day Mexico City. Formerly one of the largest capitals in the world, Teotihuacan is now shrouded in mystery. Archaeologists aren't even certain what people occupied this 2,000-year-old city, now a UNESCO World Heritage Site. Stroll down the temple-lined Avenue of the Dead to the Pyramid of the Moon, the best vantage point for taking in the entire city. 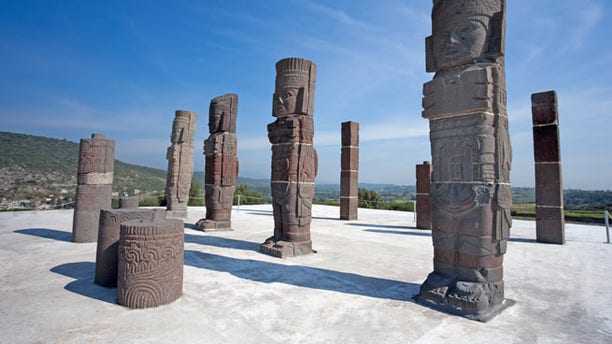 Where: Near Mexico City

A quartet of stout stone warriors stands guard atop the five-tiered Pyramid of Quetzalcoatl, the breathtaking centerpiece of the ancient city of Tula. The pyramid is named for the elaborately feathered serpent whose image is found all around this sprawling temple complex north of Mexico City. The Toltec capital, which reached its height around a millennium ago, includes the Burnt Temple, a regal setting lined with dozens of pillars. 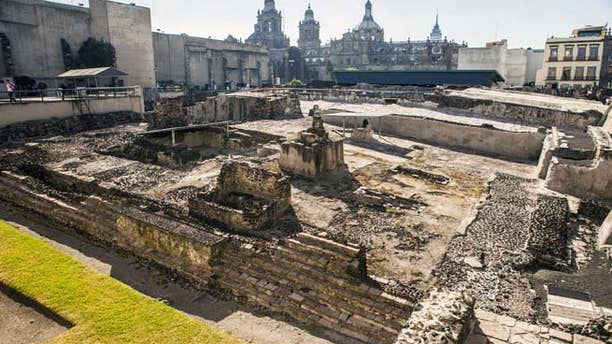 Unearthed in 1978 by workers repairing power lines, the 14th-century Templo Mayor sits just off the main square in Mexico City. One of the main temples in the Aztec capital of Tenochtitlan, the Templo Mayor was where captives from rival peoples --as many as 10,000 at a time --were sacrificed to the bloodthirsty god of war. Seven rows of leering stone skulls greeted them as they met their fate. One of Mexico's crown jewels, it's a UNESCO World Heritage Site. 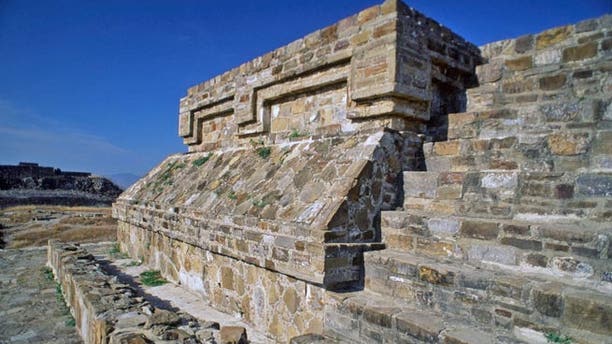 The ruins of Monte Alban in Oaxaca, Mexico (Peter Guttman)

Once home to the "Cloud People," the mountaintop temple complex of Monte Albán does seem close to the sky. At this spectacular archaeological site, occupied a millennium ago by the Zapotec people, you'll find dozens of intriguing carvings of Danzantes, or "Dancers." Although their undulating outlines suggest movement, the figures are now thought to depict bound prisoners. Home to hundreds of tombs that have yielded impressive cache of gold and jade, Monte Albán is a nine-mile drive from Oaxca. 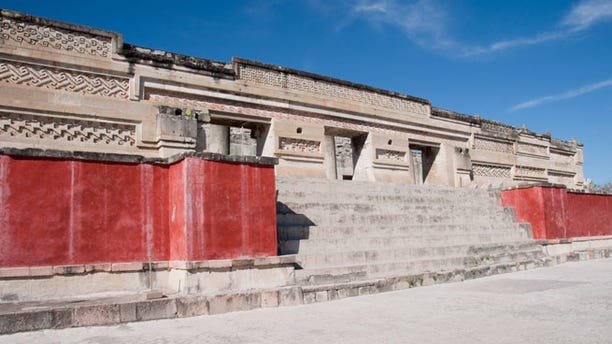 The mesmerizing abstract patterns carved into the stonework at Mitla are found nowhere else in Mexico. The other distinguishing characteristic is the vivid red pigment still adorning many of the temple walls. Occupied by the Mixtec people until the 16th century, when it was largely demolished by the Spanish (look for some stones in the wall of the nearby cathedral), this religious center was considered a gateway to the world of the dead. An hour's drive from Oaxaca, Mitla is well worth the trip.