Airline fight between passengers over window shade caught on video 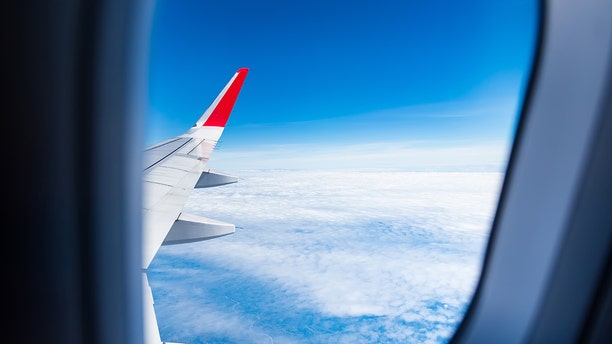 A fight over a window shade between two airline passengers was caught on video, and it’s about as amusing as it sounds. (Photo: iStock)

A fight over a window shade between two airline passengers was caught on video, and it’s about as amusing as it sounds.

The video, posted by the Instagram account @passengershaming, shows the men in a shade war, with one man pulling the window cover down and the man in front of him pulling it back up.

The clip of the bizarre exchange goes on for over two minutes.

“Leave it open,” the man in the front seat said.

The man behind him, apparently recording the encounter, asked that his fellow passenger sitting in front allow him to keep the window shade down.

“Please can you shut it?” the man recording said.

A flight attendant then comes over to them in an attempt to intervene, But the two men continue their window spat, which eventually escalates.

The man in the front seat holds his hand on the blinder to prevent the passenger behind from pulling it back down. At one point, he reached his arm toward the man behind him in an attempt to stop his arm from reaching for the window.

It doesn’t appear the two men ever resolved their onboard fight, however, the video ends with the man in the front seat seemingly victorious.

A fight over a window shade between two airline passengers was caught on video, and it’s about as amusing as it sounds. (Photo: iStock)

Commenters online found the video to be quite entertaining, while others debated about who they thought was in the wrong.

“It’s not this guy’s window. It’s behind his seat,” posted one commenter.  “I’d wrist lock him next time he did that.”

One Instagram user found the video so outrageous he was convinced the entire thing was staged.

“I call staged,” the commenter wrote. “Yes I’ve read the caption. Any person with a tiny bit of intellect would be able to deduce that it doesn’t make sense.”

“Who cares about the context, this is funny! All in good fun,” another person commented.

Another Instagram user had a simple solution for the airline crew: “Have them switch seats.”