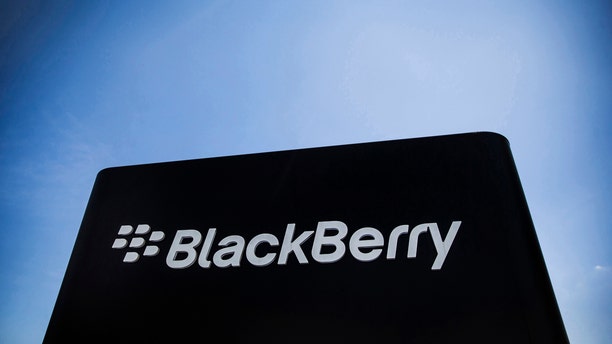 The Blackberry sign is pictured in Waterloo June 19, 2014. (REUTERS/Mark Blinch)

BlackBerry’s social media team is looking a little silly today after it unwittingly posted a tweet from an iPhone.

Landing slap bang on the Canadian company’s official Twitter feed, the message, which encouraged followers to “keep up with the conversation on @twitter,” was accompanied by a lovely looking photo of the BlackBerry Classic….and an auto-generated note that said: “via Twitter for iPhone.”

While this kind of information doesn’t show in the regular Twitter app, the poster was apparently unaware that clients such as Tweetbot and Tweetdeck do show such data. Well, we say “apparently unaware,” but a short time later someone clearly had words, as the tweet was soon deleted.

BlackBerry may have long given up any hopes of returning to its former glory in the smartphone world, but it still has new handsets coming to market – with a few getting some pretty decent reviews – so blunders like this don’t look particularly good as it tries desperately to rescue the brand.

The incident is reminiscent of the time a couple of years ago when Alicia Keys was working for BlackBerry as the company’s Global Creative Director. Just like the company’s social media team, Keys posted a tweet from her iPhone instead of one of the new BB10 phones she was supposed to be endorsing, leaving her to claim her account had been hacked.