To Compete With Kindle, Sony Shrinks the E-Reader 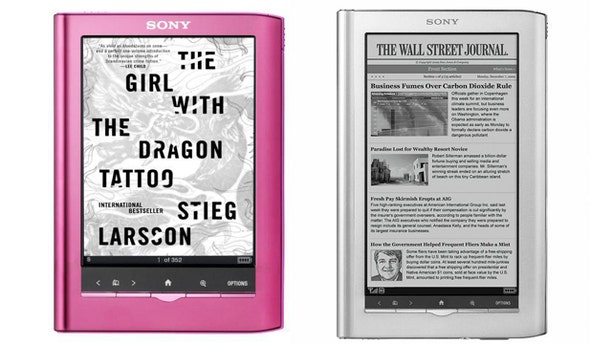 Hoping to spur sales ahead of the holiday shopping season, Sony has slimmed down its electronic readers and also given them touchscreen control.

The three new versions of its "Reader" line also feature an improved screen with better clarity, the manufacturer said on Wednesday.

Sony was first to the market with its Reader in 2006 but has struggled to keep up with rival Amazon.com Inc, whose Kindle e-reader is the top-selling device of its kind, according to analysts. Amazon does not disclose sales data.

Steve Haber, president of Sony's digital reading unit, said the touchscreen was one of the top requests made by consumers, who are willing to pay more for extra functionality.

"Lowering prices to get cheaper and cheaper -- that's not our direction," Haber said in an interview. "Our plan is not to race to the bottom."

Haber said the company expected to sell more of its lower-cost pocket version last holiday season, but sales of its higher-priced touchscreen version outsold the cheaper one.

"People stepped up and spent another $100 to buy touch," he said.

Sony cut the prices of its last generation of Readers in July. Prices on the new versions are lower than their predecessors when first launched.

The new pocket version Reader retails for about $179. Sony's larger 6-inch screen version, which allows for extra memory, costs $229. Users of these two devices must plug in to a computer when it comes time to download content.

Both are available immediately.

Sony is also offering a $299.99 "Daily Edition," which, like the Kindle, is wireless. It has 3G and a larger screen. The Daily Edition rolls out in November.

"We haven't seen any change in momentum," he said.

Sony said it is also offering dictionaries in its new Readers and has been adding titles to its e-book store.

It plans to include reader reviews through an integration with social network site GoodReads, and will launch applications later in the year to interface with Apple's iPhone and Android-based smartphones from Google.