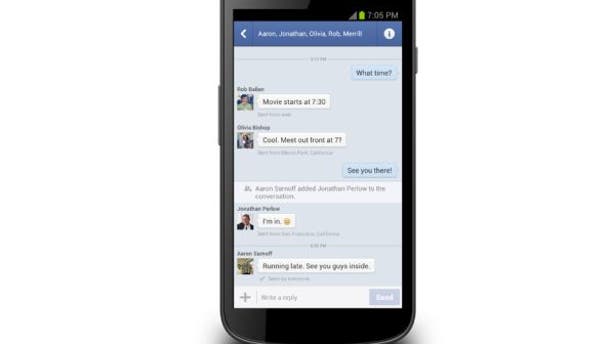 Photos aren't the only aspect of the Android experience getting some love from Facebook. Yesterday, the social giant rolled out a major update to its Messenger app designed to streamline the way you chat with friends. The core of those changes worked their way into the main Facebook for Android app, too.

Now, swiping to the left in the Messenger app brings up a list of your most-talked-to friends, and you can customize the list to include your favored friends at the top. Your friends list also shows who is online and available for instantaneous talking. The actual chat interface now sports a strikingly text-like design, which makes sense considering another major change: the Facebook Messenger app now lets you text your contacts from within the app itself, consolidating your communications in a single location.

While I was playing around with the Messenger app this morning I noted a marked speed improvement compared to the previous version.

The changes to the main Facebook app are more modest; the chat interface has been altered to mirror Messenger's text-like format, while a button in the upper-right corner of the News Feed brings up your friends list -- complete in favored order, as with the Messenger app -- and shows who's online.