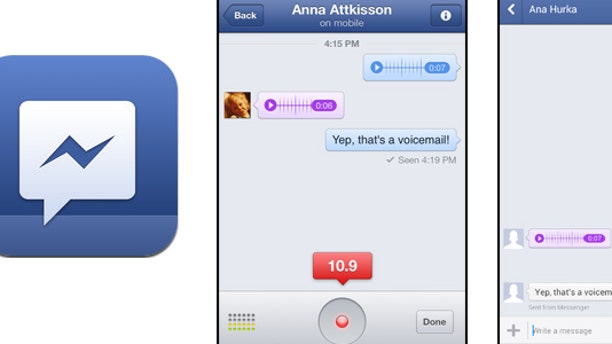 Users can record up to 60 seconds of audio by selecting the "Record Voice" option in the app and holding down a record button for the length of their message. If the recipient is running the updated version of Messenger, the audio clip will appear as a playable file from within the app. Recipients without the update are prompted to download the clip via their phone's web browser.

The new voice message feature is likely setting the stage for a large-scale Facebook VoIP network. The current update includes VoIP access only for Canadian users running the app on iOS, and though the app itself is free the calls will draw from the phone's existing data plan.

Facebook already promotes it's Messenger app as a free replacement for SMS text messages. If its Canadian iOS trial goes well, we may soon see Facebook  position itself as a cheaper, fresher way to make phone calls.