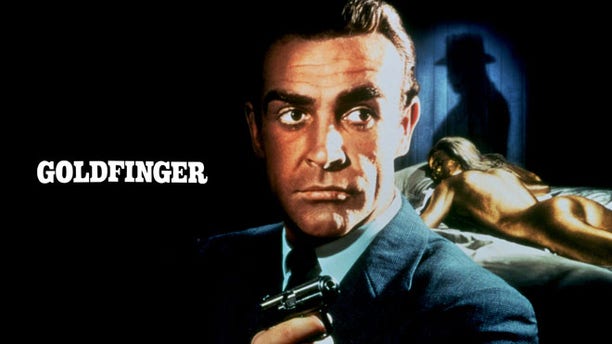 The spy agency who loved me?

The CIA liberally stole from Ian Fleming’s James Bond, creating real life gadgets based on the outlandish spy gizmos 007 carried in books like Goldfinger and From Russia With Love.

Well, some of them anyway: Efforts to replicate the homing beacon actor Sean Connery secreted beneath a vehicle in the 1959 classic Goldfinger proved too challenging for the agency.

“I put my people in CIA to work on this as a serious project, but they came up with the answer that it had too many bugs in it. The device really didn’t work very well when the enemy got into a crowded city”,” former CIA director Allen Dulles reportedly said.

“When a new Bond movie was released, we always got calls asking, do you have one of those?’

Other projects were far more successful.

In the 1957 book From Russia With Love, SPECTRE agent Rosa Klebbs tries to stab Bond with a spring-loaded poison knife that bursts from her shoe. That one the CIA managed to create successfully -- although it’s unclear if the shoe-knife ever saw service.

According to Spycraft, the memoir of Robert Wallace, retired director of the CIA’s Office of Technical Service, the agency was constantly trolling the series for ideas.

“When a new Bond movie was released, we always got calls asking, ‘Do you have one of those?’ If I answered no, the next question was, ‘How long will it take you to make it?’ Folks didn’t care about the laws of physics or that Q was an actor in a fictional series – his character and inventiveness pushed our imagination.’

The eye-opening revelations come from a new research paper on the real-world relationship between spy-agency head Dulles and Fleming. Written by Christopher Moran, an assistant professor in U.S. national security at Warwick University in England, the paper shows the pair were shaken and stirred by each other.

“The relationship between the two men was not professional and professional -- it was friend and friend,” Moran told FoxNews.com.

Moran uncovered a Life magazine article from 1964 in which Dulles confessing to being “absolutely besotted by Fleming and Bond. I was completely seduced by it.”

Having heard Fleming at a dinner party entertain guests with tales of briefcases that had knives and tear-gas canisters, exploding rafts and more, Dulles raced home to CIA headquarters to attempt his own versions.

“Dulles said, ‘I went straight back to Langley and I ordered my technicians to copy as many of these things as we could,’ Moran told FoxNews.com.

During the 1950s when Fleming was writing the early novels, the U.S. media rarely mentioned its spy agency, concerned instead with communism and McCarthyism. With the character of CIA agent Felix Leiter, Fleming was one of the few to mention the secretive spy agency at all -- and consequently shaped public perception of the agency.

His friendship with Dulles helped shift that perception to the positive, Moran said.

“In the later books, as the friendship between Dulles and Fleming deepens, a far rosier picture of the CIA emerges,” Moran said. "In Thunderball, Bond's boss 'M' dispenses with his characteristic economy of words to speak enthusiastically about the way the CIA is selflessly putting itself in the service of freedom.”

Even the Russians got in on the act, commissioning a Bulgarian writer to create their own spy novel as a form of propaganda, Moran told FoxNews.com. It was published in 1967.

“The exotic travel, the brand travel, the martinis, the cars -- all of this is portrayed in the Russian novel as being decadent and vulgar, evidence that the American culture was bankrupt,” he said.

The paper, titled Ian Fleming and the Public Profile of the Central Intelligence Agency, was published in the Journal of Cold War Studies.