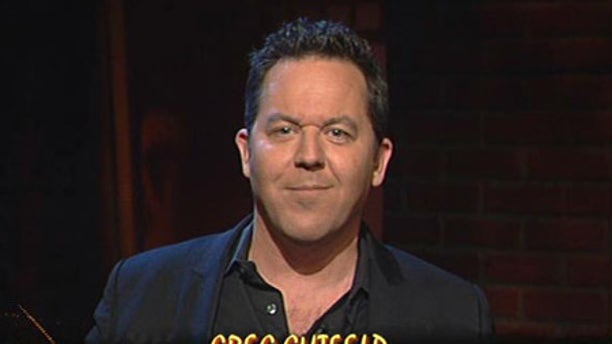 My Greg-alogue on Climate-gate caused a flurry of e-mails. (If by flurry, you mean twelve. But if climate changers can exaggerate, why can't I?)

Anyway, I got a missive, from a guy named Jonathan. It goes:

"The Gallup poll Mr. Gutfeld mentioned on climate change took place in 1991. Climatology is still a relatively new science and progress in the last 18 years has been substantial. There has been a good deal of skepticism among scientists and more recent polls show that this research has changed most of their minds. It is irresponsible to cite a poll almost 20 years old without noting it."

Jonathan then cited a poll where respondents overwhelmingly accept human activity as a global warming cause.

Fair enough. But Johnny, my Greg-alogue was about how criticism regarding global warming hysteria is suppressed in favor of a pre-ordained bias. It didn't matter when that skeptical poll came out, only that it was dismissed.

But you're right, there's been more research since then. Take that infamous "hockey stick" chart — you know, the graph that showed flat temperatures for centuries, then rising sharply like the end of a hockey stick. Climate changers once called it proof of recent, devastating human-caused global warming.

On closer examination though, experts found that an older warmer period had been erased in order to give the impression the planet was heating up now.

Oddly, we all heard about this conclusive evidence when it first came out. But when it was later revealed to be crappy? Not so much.

Look, I agree: This is a new science. But if a scientific conclusion is embraced well before the science is fully examined and then infected with overzealous activism by folks seeking recognition and power, then we're all screwed.

Which is why I'm moving to Mars; because of the lower gravity, I'll weigh 62 pounds, which means I can finally squat myself.

And if you disagree with me, you're probably a racist.