Low Pay One of Many Difficulties Facing Regional Pilots 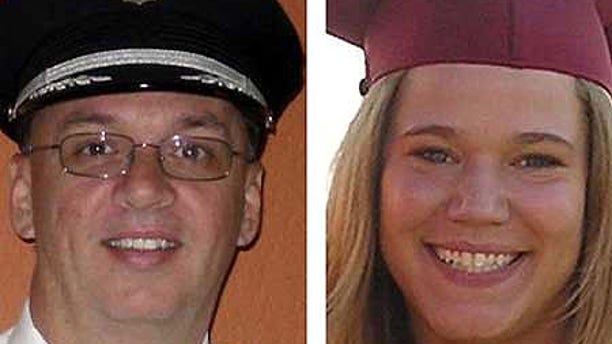 Pilots who work for regional airlines can earn as little as $12.50 per hour, less than the average hourly wage of a New York City taxi driver, FOXNews.com has learned.

Hourly wages for regional pilots start at $12.50, according to Avjobs.com. In comparison, a cabbie in New York averages $17 an hour, the city's Taxi & Limousine Commission officials told FOXNews.com.

Regional pilots, who carried 160 million American passengers across America last year, receive the same FAA-approved training as their counterparts at larger airlines, but they must endure low pay and long hours, among other hardships, if they hope to reach the "major leagues," according to a former National Transportation Safety Board official.

Rebecca Shaw — who co-piloted Continental Flight 3407, which crashed in February near Buffalo, N.Y., killing 50 people — earned an annual salary of just $16,200 at regional carrier Colgan Air, according to testimony by Mary Finnigan, Colgan's vice president for administration. That revelation came Wednesday, during the second day of National Transportation Safety Board hearings into the deadliest U.S. transportation accident in seven years.

NTSB officials also noted that Shaw once moonlighted in a coffee shop while working for the Virginia-based airline.

Officials at the FAA and the Regional Airline Association could not provide average salaries for member pilots, but according to the Air Line Pilots Association, the average regional captain earns about $70,000 annually, compared to $155,000 for their major carrier counterparts.

It wasn't immediately clear what Shaw's and Renslow's equivalent hourly wages would have been, but the differences between the regionals and the "major leagues" go way beyond pay scale, a former NTSB official said.

"They may put in an eight-hour day the same way a major airline pilot has, but the regional pilot may perform up to eight takeoffs and landings per day, the most stressful parts of the flight."

Yurman added that regional pilots, on the whole, also are not as experienced or talented as large-carrior pilots. Companies like Delta and American Airlines seek pilots with military training, he said, leaving regional carriers to settle for people who are not the "cream of the crop."

"The commuter airlines are getting basically the inexperienced, newly-training pilots," he said. "Then they train them themselves. In most cases, they're getting low-time pilots with very low experience.

Experts who testified during the first day of NTSB hearings said Renslow — who slept in Colgan's flight crew room prior to the flight, violating regulations — could have prevented the plane's plunge into a private home had he lowered the nose of the aircraft. Instead, the 47-year-old pilot — who took private flying lessons to obtain his commercial license — pulled the plane upward.

"That crew was not ready to respond to a stall warning," Dean Bandavanis, director of flight operations for Colgan Air, the Continental subcontractor that operated the flight, testified. "They kind of acted surprised."

"She said it herself, 'I've never seen so much ice,'" Yurman said, referring to a transcript of the flight recording. "And [Renslow] did exactly what an inexperienced pilot would do."

Both pilots also violated FAA regulations by talking about non-flight-related matters below 10,000 feet, something more experienced pilots would not do, Yurman said.

"He wasn't experienced enough to know that he was having this icing problem to begin with," he said. "An experienced captain would not let that happen.... A lot of these commuter airlines try to teach experience, and you can't do that."

Capt. Don Wykoff, a Delta Airlines pilot who began his career with regional carriers and is now chairman of the Air Line Pilots Association's (ALPA) Blue Ribbon Panel on Pilot Fatigue, told the Buffalo News that as the least-senior crew member, he often received the worst schedule of the bunch.

Edwards, who could not be reached for comment Wednesday, also noted that his rest period would start immediately when the flight landed, despite post-flight inspections, logbook entries and other precautions that must be completed.

“Hotel vans are often late,” Edwards told the Buffalo News, “the only food available is at a fast-food drive-through, so there’s another stop. Arrive at the hotel, eat, unpack, iron uniform for the next day, shower, call the wife and, finally, sleep. A pilot is lucky to get four to five hours’ sleep before going out and doing it all again.”

But Roger Cohen, president of the Regional Airlines Association, said it's wrong to suspect that regional airlines aren't as safe as the major airlines. Safety on smaller aircraft is "equal to or better" than safety on larger aircraft," Cohen said, pointing out that the regional pilots undergo the same training as more experienced, higher-paid pilots at larger airlines.

"All of our member airlines adhere to the exact same rules as the major airlines in terms of scheduling, safety and so forth," Cohen said. "It's all part of one system. Safety is number one on our radar screen every day of the year."

Roughly half of scheduled flights in the U.S. last year were on regional aircraft, and 74 percent of U.S. airports offer regional airlines only, Cohen said, demonstrating the need for continual regional air service.

"We need to get the facts so we can do everything humanly possible to make sure it doesn't happen again," Cohen said. "If any pilot feels that they are unfit to fly, it is their responsibility to not get into the cockpit."

While the exact cause of Flight 3407's crash remains undetermined, pilot fatigue, long recognized as a serious and growing problem in the skies, is one of several factors being investigated. According to ALPA, which formed a panel to address pilot fatigue in October 2007, the FAA has launched no fewer than 21 attempts to overhaul its regulations since they were first published in 1924, most recently in 1995.

"Pilots are routinely pushed into sacrificing needed rest to help their companies survive during economic downturns and bankruptcy," ALPA President Capt. John Prater said in 2007. "Corporate profits have returned, and revenues have increased. The airlines can no longer plead poverty when it comes to safety. It's well past time to take on the issue of pilot fatigue.

"In the post-9/11 era, airline understaffing and over-scheduling have forced pilots to work longer duty days, fly more hours, and at times push their bodies beyond what is safe or healthy. Fatigue has been a growing problem within the entire transportation industry for some time, but it has now reached an alarming level for pilots."