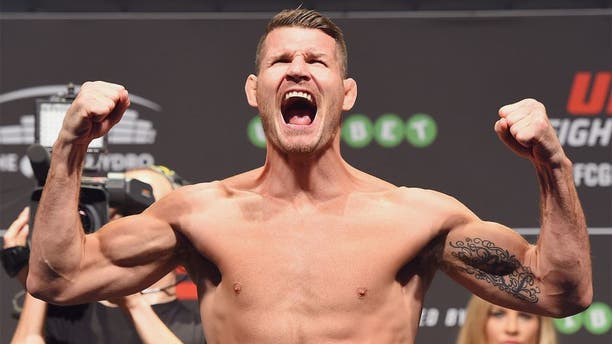 GLASGOW, SCOTLAND - JULY 17: Michael Bisping of England steps on the scale during the UFC weigh-in inside the SSE Hydro on July 17, 2015 in Glasgow, Scotland. (Photo by Josh Hedges/Zuffa LLC/Zuffa LLC via Getty Images)

Some of the UFC's biggest international stars hit the scale Friday in London in anticipation of their highly anticipated bout at UFC Fight Night: Silva vs. Bisping.

In the main event, fifth-ranked middleweight Anderson Silva takes on seventh-ranked Michael Bisping in a fight that could help the winner immediately step into the 185-pound title picture. While in the co-main event, top-10 middleweights Gegard Mousasi and Thales Leites look to bounce back from losses in their previous outings.

The rest of the card is filled with big name veterans and exciting up-and-comers, so be sure to stick with us throughout the weekend for all your UFC Fight Night: Silva vs. Bisping coverage.