Terrell Owens feels 'disrespected' at not getting into Hall of Fame 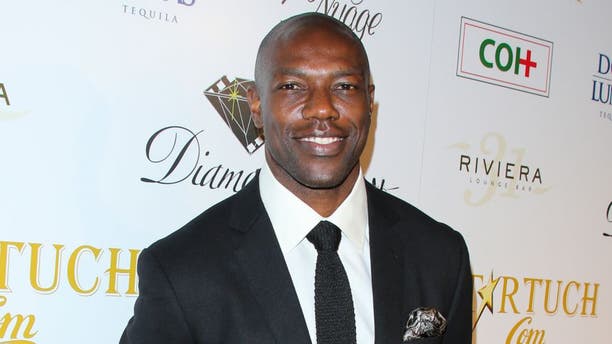 Most people would have seen this coming.

Terrell Owens wasn't selected for the Pro Football Hall of Fame in his first year of eligibility, and predictably, he wasn't happy about it. Even though he wasn't exactly surprised.

"I felt more so disrespected. I think you guys know, my stats speak for themselves," T.O. said -- via Sportsday -- during an appearance at KCTK's "Ticketfest" in Texas over the weekend.

"I think everyone realizes that there is a flaw in the system. I didn't really have to say a whole lot. Around the country, two weeks after the Super Bowl and this whole induction thing, people are still talking about it. Obviously there is something that needs to be changed about it. I never really played the game to get in the Hall of Fame, anyways. I'm used to it. I probably would have been more surprised if I had made it. It's a shame for some pencil-pushers to vote guys in, considering the body of work they've done and put out on the football field. What I've done throughout my career speaks volumes."

Ahhh, yes. The "pencil-pushers," aka the Hall of Fame selection committee. They're known for their agendas, right? What's the deal with that?

"If anybody has any preconceived notions about me or any ill feelings toward me about my character or anything like that, you have to sit down and be around me for more than five minutes or read some clips or read some press," Owens said. "I think that's what a lot of people have really gotten from a lot of the media portrayal of my character. Other than that, I've always been the same person. There have been a number of guys that have gone out on a limb to try and defend me in terms of my character and how I was in the locker room."

So, how does he feel about not getting into the Hall of Fame?

"Everything has its timing. I don't really worry about it too much. If I had made it, it would have been more of a surprise to me more than anything. I didn't hang my hat on making it, I wasn't disappointed."

So, let's summarize: T.O. feels disrespected, but not surprised or disappointed. Carry on!